Is this the day Jim Harbaugh seals his fate at Michigan?

I heard something out of a Michigan fan — who is also a university employee — Friday that I didn’t think was possible. This was from someone who in the past would’ve taken a bullet for Jim Harbaugh. “It’s time for Jim to go.” Couldn’t believe what I was hearing. There I was sitting on SE Michigan soil about 40 miles south of The Big House hearing a diehard Michigan Man saying it’s time. The premise for dismissal is that Harbaugh isn’t changing with the times and gets outcoached. As an Ohio State fan, I enjoy this pain Michigan fans are feeling. As an Ohio State fan, I used to be harassed at Costco by Michigan fans serving samples. True story. Jim’s going to own you. Michigan owns the Big Ten. Jim will put Urban into a grave.

And then the losses to Ohio State started to pile up. I was in at Michigan Stadium when Wolverines fans walked out in the third quarter as Ohio State was toying with their sworn enemies. I got back to our tailgate next to the Fox Sports pregame show set and it was pure sadness out of Michigan fans. They haven’t been the same since.

Fast-forward to today in Bloomington, Indiana at noon on FS1. This is a grave game. A loss here for Harbaugh and you can go ahead and move the gravestone into place.

• Remember, the Pac-12 is playing games at noon ET in an attempt to rebuild relevancy back east. It should be interesting to see how energized the Arizona State & USC players are with a 9 PT kickoff.

• 19,000 fans will be allowed into today’s Florida-Georgia game. There’s no official RV lot like normal. Tailgating will be spread out over random lots and today is about getting life back to normal after a tumultuous week. “We’re trying not to talk about it or anything,” a Georgia fan told News4JAX. “It’s all about Florida-Georgia. We’re not even trying to watch anything about the election, just trying to relax and have a great time.”

• As of this morning, the get-in price for Florida-Georgia sits at $57. A post-pandemic world is going to be rough for sports teams. It’s going to be interesting to see what’s done to get people back into stadiums vs. sitting at home and watching on TV. I’ve said it for years and I’ll stand by it, turn stadiums into mini-casinos. Give me the opportunity to play craps during halftime of Florida-Georgia. Yes, sports betting bars are being added to arenas and stadiums, but it’s not enough when people can do that on a phone. People want experiences that they can’t buy for their own houses.

Only five teams had done that in the past 15 years.

Here comes my favorite part of the year- down go the Halloween/fall decorations and up goes the Christmas! I know I know it’s early but it makes me happy 😂🤷🏼‍♀️ now only if I can land an “extra” role in a hallmark Christmas movie. I mean, they don’t even have to pay me. When do you all start decorating for Christmas? Outfit by @dressbarn #christmastime #holidaysarecoming

Happy FriYay!!!! It’s the WEEKEND… Go out and make it fun… Do something that will bring you pure joy!!! I’m going to go for a long walk… Tell me what your weekend plans are in the comments!! Love you ALL..xoxo

I’m so Proud of my son @shedeursanders for many reasons. Now he’s about to ride with his Daddy thru this tremendous journey we’re about to embark on. This is a GROWN MAN MOVE! I love ya son this is Daddy talking not #COACHPRIME @gojsutigersfb #Truth #Legendary Let’s Level the playing field in pursuit of Equality. #2Reasons 📸: @striving4_a.lott

Let’s check in on the SEC…

Cameron is gonna look a little different in 2020-21 pic.twitter.com/b5XZHTcbkU

Has anyone ever seen Amy Klobuchar and Viktor Hovland in the same room? pic.twitter.com/QLk940ONCo

We are lockdown ready! 🍗🍔 But before we go in to lockdown stop by and enjoy a final dinner out! 🙌 We will be available on Deliveroo at all of our sites, so don’t forget if you’re feeling peckish, we have you covered! 🛵🍗 #louieschicken

Starting a petition to give Lafayette a Michelin Star. 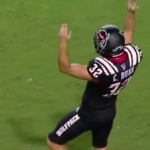 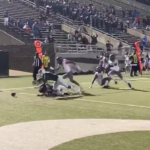