The SEC has released its 2020 season schedule with each team playing an all-conference slate of games.

A full breakdown of what teams will play one another is available here.

While the lack of non-Power 5 teams could impact the overall win-loss record of some of the teams at the bottom of the conference, the changes should not impact the teams expected to compete for a National Championship.

With the money line via FanDuel, the SEC entered the day with four teams in the top six shortest odds to win the title and the only additional game that could pose problems is the Florida going to Texas A&M.

Alabama is a +600 bet to win the National Championship and the Tide added two non-threatening teams in Kentucky and Missouri to its slate.

Georgia is a +1000 bet to make a run to the title and its path was not made any more difficult as it will host Mississippi State and travel to Arkansas, two teams expected to finish at the bottom half of the league.

Florida is a +1800 bet to win it all and it did at a game of significance as it will go to Texas A&M to close the year. Its other addition was Arkansas, which has been and is expected to remain quite bad.

LSU is another +1800 line to take. The defending champions put two victories onto its schedule with Missouri and Vanderbilt.

The rest of the SEC odds are as follows, if you are looking to light some money on fire. 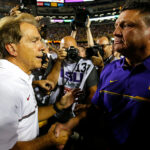 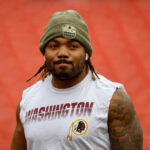