To the citizens cheering the dismantling of American culture — the toppling of statues, the renaming of buildings, the discarding of fight songs, symbols and mascots, the remaking of customs associated with singing our national anthem and flying the flag — let me warn you:

Destruction vs. Construction. One demands no thought. The other necessitates a plan. One relies on emotion. The other depends on logic.

The passionate supporters and silent sympathizers of the Black Lives Matter Movement mistakenly believe we’re living in an era of historic change similar to the Abolitionist Movement, the Women’s Suffrage Movement and the Civil Rights Movement.

Freeing slaves, granting women the right to vote and ensuring black people full citizenship increased American freedom. Supporters of those movements sought to strengthen our country by being additive rather than punitive and restrictive.

This current wave of social justice reformers seeks to punish and restrict and, perhaps most devastatingly, demolish every tradition that preceded their feeling of superior enlightenment.

You can no longer chant “Gator bait” at University of Florida sporting events. UNLV is in the process of dumping its rebel mascot and nickname. The city of Boston contemplates removing a statue of Abraham Lincoln while the city of Columbus ponders tearing down a statue of Christopher Columbus. Longhorn fans can’t sing the “Eyes of Texas” with a clear conscience. The University of North Carolina’s trustees just lifted a moratorium on renaming buildings across campus.

The list of symbolic changes sweeping America is endless. It stretches all the way to boxes of rice, maple syrup and cream of wheat.

The same people and corporations pushing to cleanse Uncle Ben and Aunt Jemima from our breakfast table will continue to treat Cardi B, T.I., Rick Ross and every other N-word-spewing promoter of black degeneracy as respected icons.

The cosmetic improvements being embraced reveal the lack of skill, wisdom and substance of the architects. They’re the solutions of the cynical, the hopeless, the naive, the bigoted and our nation’s enemies.

In The Art of War, Chinese military strategist Sun Tzu states “the supreme art of war is to subdue the enemy without fighting.”

More than 2,500 years after his death, his countrymen can prepare a “Mission Accomplished” flag for the United States.

We’re being subdued mentally. We’re being convinced of our wickedness. The social justice reformers and anarchists have demonized the customs and traditions that tied us together, made us feel proud of our journey, evolution and accomplishments.

Can you purify a Confederate heart, a Confederate mind, a Confederate culture by force, by shame, by elimination of symbols? Or do you provoke a bitterness and secrecy that undermine racial progress and foment rebellion inside the privacy of a voting booth?

The people most willing to ignore their sins and cast the first stone are fast at work reshaping One Nation Under God.

When football and basketball return, the playing of our national anthem will be the most polarizing three minutes in America. On Thursday Dallas Mavericks owner Mark Cuban said he hopes to take a knee with his players during The Star-Spangled Banner. Across the country, at Pee Wee games to the Big House in Ann Arbor to Lambeau Field in Green Bay, athletes, coaches and fans will use the anthem to make a political statement.

The industry in America — sports — where black men have had the most success and exercised the most power and influence is going to jeopardize its reach and influence because Colin Kaepernick refused to stand for the national anthem after losing his starting job.

To what end? The defunding or disabanding of the police force? The demolition of statues? The changing of street names?

Sports have been the most consistent unifying force in American culture. We’ve used the games and the diversity of the participants as the example that our melting pot operates best when we’re all involved.

Author and motivational speaker Earl Nightingale warned: “Whatever we plant in our subconscious mind and nourish with repetition and emotion will one day become reality.”

The hidden puppet masters putting batteries in the back of the social-media-addicted social justice reformers want us to believe that America’s narrative arc bends toward injustice and exploitation.

It’s the only way they win the war. They can’t compete with our military, our constitutional freedoms or the historically-documented sacrifices we’ve made in pursuit of equality and inclusion.

They have to subdue us without a fight. 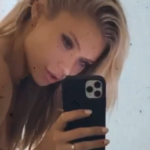