Novak Djokovic’ biggest crime was not hitting a ball that accidentally hit a line judge in the throat. His biggest crime Sunday, and in life, is that he is not Roger Federer nor Rafael Nadal.

Djokovic, the best player in the world and possibly the greatest of all time — calm down, Federer and Nadal fans — was kicked out of the U.S. Open Sunday during his match against Pablo Carreno Busta.

He had just hurt his shoulder, and then fallen behind 6-5 in the first set. As he walked toward the net to switch sides, Djokovic pulled a ball out of his pocket and angrily hit it backward toward the back tarp. It was like a no-look pass at medium-to-fast pace. And the ball somehow, by fluke, hit a line judge. You could hear her try to catch her breath — “Uhhh. Uhh.’’ — as she fell to the court. There were no fans in Ashe Stadium to drown out her gasps.

So Djokovic is gone. He blew it. And under any interpretation of the rules, he deserved to be kicked out. But this is what I believe:

How? I don’t know. What I do know is that the tennis world resents Djokovic for encroaching on tennis’ gods. He seems to be cursed or something as someone who just desperately wants to be beloved the way Federer and Nadal are.

Even earlier this year, he ran a charity tennis event. Sounds like a good thing, right? But then he and several others had a pre-tournament party and video shows them all dancing and doing the limbo. Several players caught Covid-19.

Including Djokovic. He was ripped, justifiably, for being so irresponsible.

Before that he upset everyone by saying that he wouldn’t want to be forced to take a vaccine.

Look, I’m not defending Djokovic. What he did was definitely wrong. You have to be careful to not hurt people. He wasn’t careful. It’s just that this was such a fluke. He wasn’t even upset with the line judge. There were no questionable calls.

He released a statement that read as much:

“This whole situation has left me really sad and empty. I checked on the lines person and the tournament told me that thank God she is feeling ok. I‘m extremely sorry to have caused her such stress. So unintended. So wrong,” he wrote.

“As for the disqualification, I need to go back within and work on my disappointment and turn this all into a lesson for my growth and evolution as a player and human being. I apologize to the @usopen tournament and everyone associated for my behavior. I’m very grateful to my team and family for being my rock support, and my fans for always being there with me. Thank you and I’m so sorry.”

Officials spoke with Djokovic at the net and Ben Rothenberg of The New York Times tweeted that Djokovic was pleading his case:

“She doesn’t have to go to the hospital for this,’’ Djokovic said, according to Rothenberg. “You’re going to choose a default in this situation: My career, grand slam, center stage?’’

Djokovic is never going to live this down. Never. It is the nail in the coffin of his legacy, as if that legacy ever had a chance.

By contrast, everyone in tennis knows that Nadal, in violation of coaching rules, was coached by his Uncle Toni in the stands for years during matches. And I was at an Australian Open match once to write about Federer. He fell behind and took a bathroom break. One problem: He never went to the bathroom and instead just stalled, in violation of the rules, to ruin the momentum of his opponent, Nikolay Davydenko.

It worked. No penalty. No default. Federer won.

The scoreboard for greatest player of all time shows that Federer has won 20 majors, Nadal 19 and Djokovic 17. With the two gods sitting out this U.S. Open, it was a sure thing that Djokovic would’ve gotten to 18.

It’s almost a certainty that Nadal and Djokovic will both pass Federer. Tennis had better get used to the idea that Djokovic might end up with more than Nadal, too.

Just to be clear, I think Nadal is the greatest of all time. But I think Djokovic is treated poorly. He just doesn’t have the aura of Federer or Nadal, or even the same superpowers. Federer floats over the court and Nadal storms it. Djokovic? He’s just ridiculously bendy and stretchy. His flexibility is his greatest strength.

To me, tennis should be thanking God that Djokovic came along. He has personality. He is human.

He’s a Serbian who used to play tennis in an empty swimming pool to avoid bombs. And he happened to come along when the two players considered the greatest of all time were in front of him. And how did he deal with that?

While the rest of the tour took the court against Federer or Nadal knowing they could never win, Djokovic ran them down. He caught them. He beat them.

But now, finally, he has beaten himself. Just like everyone wanted. 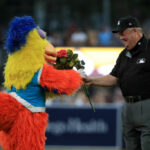 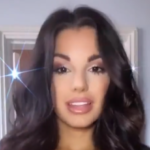