Knoxville, TN- The setting was right for Tennessee, playing at home against Notre Dame for a spot in the College World Series. Unfortunately for the Vols, the Luck of The Irish struck in the 7th inning, taking the lead and never giving it back. Notre Dame is headed to Omaha and the Vols incredible run comes to an end in Knoxville.

It’s crazy how the game of baseball can flip in a blink of an eye, but Tennessee made too many mistakes today to advance. The Vols never delivered a knockout punch to put away the Irish, something they’ve done to opposing teams for most of the season. Starting pitcher Chase Burns kept the Irish at bay until the 7th inning, only giving up one run, while the Vols offense got them a 3-1 lead heading into the that wild seventh inning. 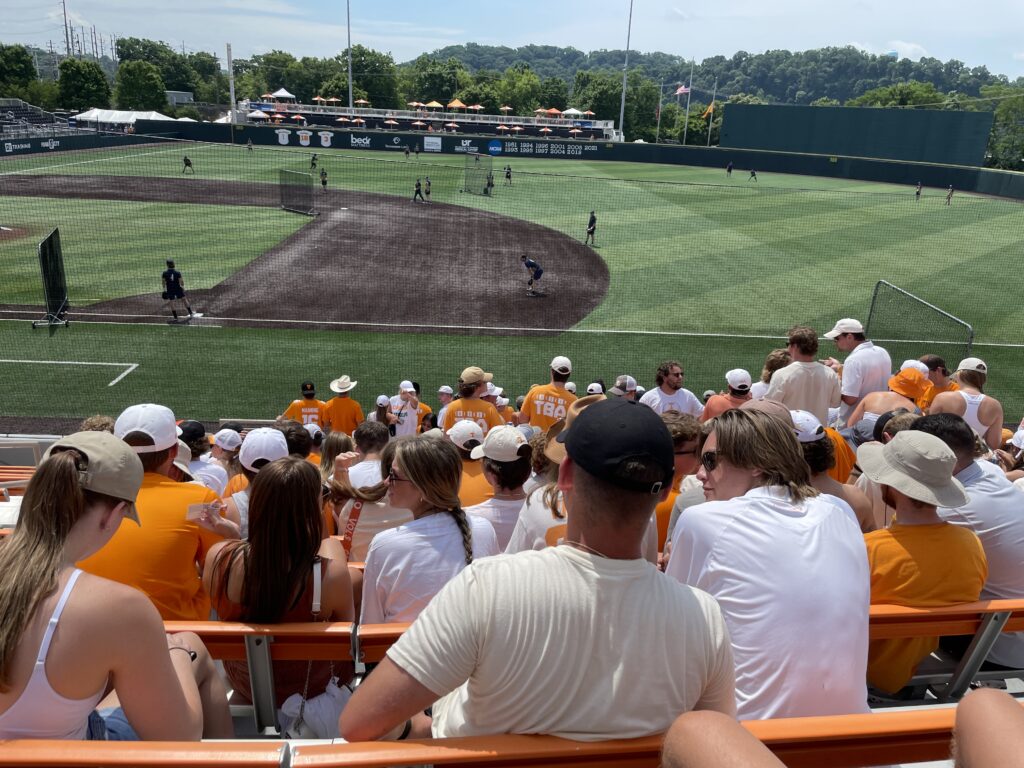 Chase Burns had been dominant for the Vols, but got into trouble in the 7th inning, with Carter Putz getting a one-out double, then chaos ensued. Trailing 3-1, Notre Dame’s and with two outs on the board, David LaManna hit a 2-run bomb to right field, tying the game. Jack Brannigan followed it up with a solo-blast, giving the Irish the 4-3 lead, with 2 outs on the board.

This was the disaster that Tennessee fans were dreading. They had held a solid lead for the a good portion of the game, but just like they’ve done all season long, Notre Dame gave it back to them with a monster offensive inning. It looked as though Chase Burns was left out there too long, but I am not an expert, but it did end up biting Tennessee in the rear-end after those back-to-back homers that gave the Irish a 4-3 lead. Tennessee’s Tony Vitello summed up the weekend in his opening remarks.

“Obviously congratulations to Notre Dame, I’d say they have a lot to do with what I am at fault for as far as decision making. The job of a coach once the game starts is to put your guys in a position to succeed and I didn’t do that. But this is a job that requires big boy decisions and they come at high stakes when you play in our league or you get into the postseason.

“A lot of that was discomfort of things we saw out of Notre Dame, so credit to them, and two, you got to execute throughout the weekend,” Vitello added. “Obviously yesterday we did a lot of damage on the scoreboard, but that will stick with me. Notre Dame will get to go to Omaha and enjoy that.”

Speaking on how much this team meant to him and what they accomplished this season, Vitello also pointed out a number of things this team was accused of, but also shared how extraordinary his group was all season.

“I think what needs to stick with our guys, once time passes, which they say time heals all wounds, I don’t know who they are, cause sometimes those take a long time. But 57 (wins) that’s a lot, a team that’s a bunch of good kids and a couple of maniacs out there. But accused of bats, I’ve never seen a kid accused of doctoring a ball, accused of doing the Astros and banging on the bench, accused of signaling 3-to-3, that’s supposed to be the double-bird. A lot of that stuff was just because of how dynamic they were as a group and that they accomplished, and they did some extraordinary things”

Camden Sewell replaced Burns in the 7th inning, but life was about to get worse for the Vols in the eighth. After hitting a batter, the Irish were in scoring position following a sac-fly, then came the Irish insurance. Tennessee had itself an easy out number two, but Trey Lipscomb made a throwing error and the Irish had two runners on, with one out. It was Carter Putz who delivered again with two-out two-RBI double and the Irish led 7-3, never looking back. Tony Vitello said postgame that his interference (keeping pitchers in a bit to long) caused things to fly off the rails a bit earlier than expected. 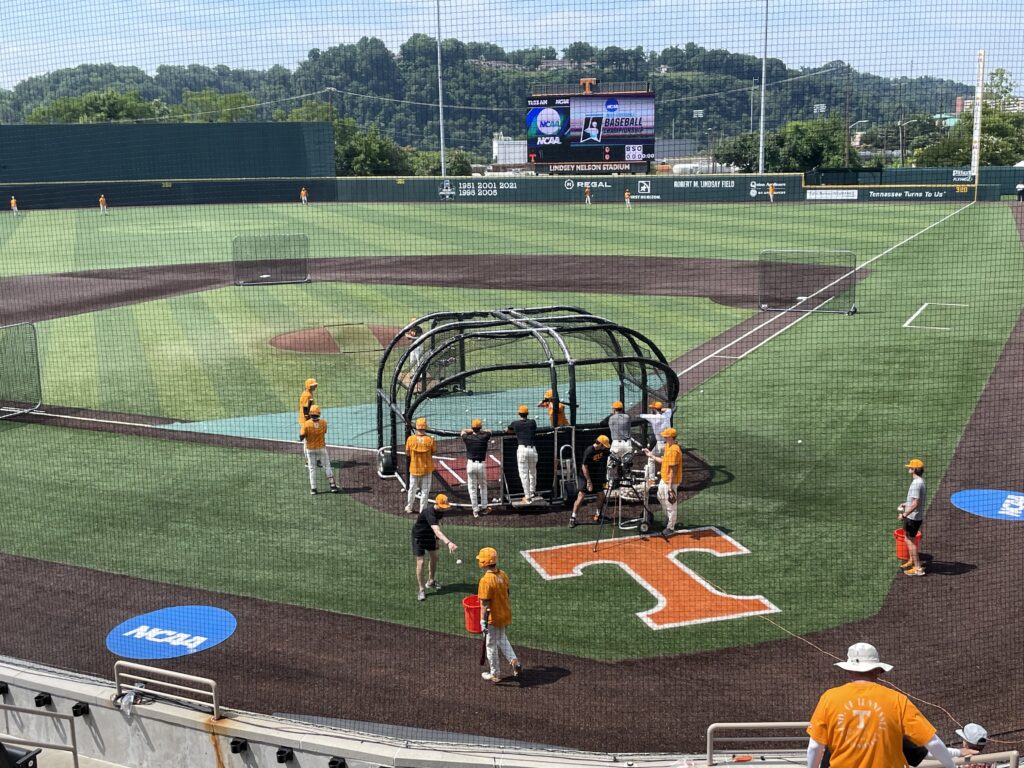 Tennessee was 49-0 on the season when leading through six innings, but the Irish broke that streak on Saturday, along with the hearts of every person wearing some type of Orange, including the players. There were so many different factors of today’s matchup that led you to believe Tennessee would be packing its bags for Omaha after today, but now they will just head back home, leaving behind one of the best regular season runs in College Baseball history.

After holding back emotions through his opening statement, Tony Vitello summed up his thoughts on what this Tennessee squad was this season.

“A bunch of guys that got each other’s back”

This Tennessee team finished the season with 57 wins.

But they also had an opportunity to put a stamp on the season by getting to Omaha, especially after winning the SEC Regular Season Title, along with the SEC Tournament. But fate was in the Vols favor on Sunday, as Tony Vitello spoke with the team in right field, knowing this will sting for a very long time. They couldn’t finish the job, which will leave a bad taste in the mouth of these players who battled all season.

You walk a fine line when your team embraces the ‘Villain’ role, which the Vols have done all season long. Not a soul outside of the Tennessee fanbase cared about this baseball team winning, which the Vols embraced all season with the way they played on the field, not caring about anyone’s feelings in the process. But now this team has to face music for the letdown performance in the Super Regionals. It won’t be easy, but they’re grown men and will one day look back on the crazy ride they took their fans on this season.

It’s easy to get caught up in the craziness of College Baseball and Tennessee put on a show all season long. But now that show will go on without the Vols playing a key role in it, something that most people didn’t expect heading into this weekend.

This one will haunt Tennessee for a while.