It is very easy to dismiss North Carolina as a basketball school. It has been for… well, forever. The hiring of Mac Brown was a signal that it may change. The win over Virginia Tech is a signal that is has changed.

Sure, it is one big game but it was a little more than that. The No. 9-ranked Tar Heels jumped out to a massive lead. It let off the gas and then had to flip a switch to come back. It is not something every team can do. North Carolina beat No 19 Virginia Tech, 56-45.

The Tar Heels totaled 661 yards of offense. That was the fifth most in school history. It was also the second most ever allowed by Virginia Tech.

Ever.
Yards allowed by Virginia Tech.
Against North Carolina.
In football.

It was a referendum on what North Carolina football now is.

UNC scored touchdowns on five of seven possessions in the first half. It was cruising in a way it hasn’t in recent memory — at least recent memory against a respectable opponent.

No. 19 Virginia Tech had scored 20 consecutive points in the third quarter. The Hokies were able to turn a blowout into a one-possession game, but the Tar Heels stayed grounded — and on the ground. Something that had not always happened.

The ability to control the line of scrimmage and showcase runningbacks has been a staple of the Mac Brown system since, again, forever. It is a formula that made Texas uber-successful and one that can win in the ACC.

It is something no one expected — at least so soon – from North Carolina.

The Tar Heels should win its next five games, or at least be favored in them, before we get to judge the team more harshly against both ACC interloper Notre Dame and then Miami.

For now, we will chalk this up as a flag being planted. 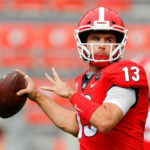 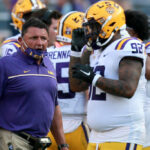