Alabama is once again the No. 1 ranked team in the College Football Playoff, and it looks like they’ll continue to roll. But what about the rest of the conferences?

“All right, what happens after that? After Alabama, it gets a little bit more interesting. Ohio State is in the playoff if they win out. But they are going to play against Northwestern, aka the Fighting Rece Davises, in the Big Ten Championship Game, and Northwestern is going to have virtually nothing to lose in that game. In other words, no one is going to respect Northwestern. No one is going to give them a chance at all, and they will roll in with a good defense with Pat Fitzgerald. And they will go balls to the wall and try to pull off a massive upset in the Big Ten title game. And we’ve seen that happen before. Ohio State fans, we have seen you lose to Michigan State, a team that was nowhere near as good, and Michigan State end up advancing to the College Football Playoff as a result. So, it has happened. Ohio State will be a monster favorite. The odds are that Ohio State is going to be in the playoff too. And if I were betting right now, I would bet Alabama as the one seed, and I would bet Ohio State as the two seed.

“What about in the ACC? This is where things start to get a little bit interesting. And if you want chaos, this is where I think chaos is most likely. In particular, Notre Dame has a game on Friday, two days from now, that a lot of people are discounting and not paying attention to. They’re going on the road against UNC, and they’re only around a 4 or a 4.5 point favorite. If Notre Dame were to lose that game, then the ACC Championship Game becomes a default play-in game, and either Notre Dame or Clemson is going to be eliminated and the other team is going to advance to the College Football Playoff. That would definitely open up a College Football Playoff spot. Because, if I’m an ACC fan and I’m rooting for the best possible situation to occur, it would be for Notre Dame to win out and then Notre Dame to lose a close game against Trevor Lawrence and Clemson in the ACC Championship Game. Because then I think what would happen is Clemson would be your three seed, and Notre Dame would probably get in as your four seed. And that would be your College Football Playoff: Alabama, Ohio State, Clemson, and Notre Dame. I still think that is the most likely outcome.” 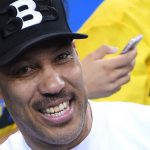 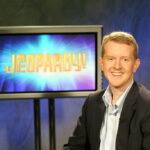