Miami lawyer Mayra Joli was seated behind the left shoulder of President Donald Trump during last week’s NBC town hall, and became an instant internet sensation when she was seen nodding her agreement with many of the president’s statements. However, her support for the president has also made her the target of a bunch of woke hacks who have attempted to cancel her like they have cancelled other Trump supporters in the past.

Since the event, the “Nodding Lady,” who is the owner and partner of a law firm, has said that critics have now gone after her employees.

“Nobody can call an employer to fire me,” Joli tells Fox News. “What they’re doing is calling my employees so they quit.”

But their threats have so far had the opposite effect on Joli.

“The more they trashed [Trump], the more I wanted to find out more about him, and I’ve been supporting him since. The rest is history,” Joli says. “Donald Trump taught me that I cannot just be silent, and I have to think for myself.

“They start sending other [messages] saying, ‘I can’t believe you’re working for that person. I thought you were better. I am a fighter, but [my employees] have a private life. They aren’t used to this commotion.”

Some haters have even resorted to leaving her business nasty reviews online. In the past few days, Joli Law Firm has received several one-star reviews.

“Somebody’s going to see that review, then see the career I’ve led helping people, so I don’t need that client,” Joli adds.

Online reviews are now politicized. They no longer necessarily reflect the quality of a business or its staff.

Cancel culture has now come for private business owners and their workforces in an attempt to silence political dissent. Purveyors of this insidious cancel culture should be ashamed of themselves. 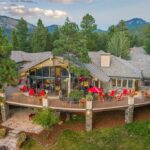 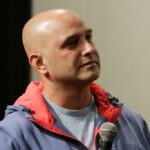