This great country of ours is changing, but some things are outraging a certain portion of the media that are clamoring for change while spotlight chasing and attempting to appeal to the social media masses who jump to conclusions before looking for facts.

The article makes statements that the origin of the name points directly to slavery. The article makes no factual case for where the name originated other than insinuating that it is because of the property it was built on and while the tournament and the members at Augusta National Golf Club have had plenty of diversity issues in the past, that has changed as both black men and women have been invited to become members of the prestigious club.

The origin of the name can easily be found with a simple Google search. Even though I already knew the origin, I tested out this phrase, “origin of The Masters tournament.”

The first result is an article written on Golf Channel that goes over the club’s history. In that article, there is a snippet that states where the name originated.

Why is it called the Masters?

When the tournament began it was called the Augusta National Invitation Tournament. Roberts suggested it be called the Masters, a reference to the “masters of golf” who played in it, but Jones thought the name immodest. Roberts finally got his way in 1939.

Roberts is Clifford Roberts, who co-founded the club in 1933 and Jones is the legend, Bobby Jones, who founded and helped design the Augusta National Golf Club.

While the Golf Channel article doesn’t go into detail on the origin, Jones, or Roberts, it is factually correct.

Jones, after retiring from golf in 1930, purchased the land from Fruitland Nurseries in Augusta, Georgia, and along with architect Alister Mackenzie, began construction on the course in 1931. It was finished by 1933 and as the quote above states, the initial name of the tournament was the Augusta National Invitation Tournament.

There is no denying that over the time that Augusta National has existed, there has been a lot of racism and sexism within its walls. For a lot of its history, black men were used as caddies. Roberts, the man responsible for the name change, is even quoted as saying, “As long as I’m alive, the golfers will be white, and the caddies will be black.”

Even though it is clear that Roberts, who was also a chairman of the club, held racist views, the naming of the club to “The Masters” was meant to show mastery of the sport.

While Deadspin’s article asks, who has ever mastered golf? Many can point to one black man who changed the sport forever, Tiger Woods.

He is the defending champion and has won the event five times. Only one other man has won more at Augusta, Jack Nicklaus (6). Woods has also won 82 PGA Tour events, which, for those who don’t know, is tied for the most ever with Sam Snead. It’s safe to say that Tiger Woods has mastered golf, multiple times.

There is undoubtedly a stain on the history of Augusta National Golf Club, a stain that needed to be corrected and is being corrected. No one will forget that black men weren’t allowed to compete until Lee Elder broke that barrier in 1975, 11 years after the Civil Rights act of 1964 was passed. No one will forget that women weren’t allowed to join until 2012 when former Secretary of State, Condoleezza Rice, and South Carolina Financier, Darla Moore were invited to join.

Rob Parker’s article fails to acknowledge that The Masters was named after sporting experts who had mastery of their craft, not because of the white male dominance over blacks.

Here are a few other things with Masters in the title. 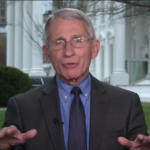 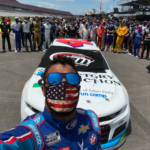