We’ve always known that college football is a peculiar set of complex fiefdoms loosely bound by common interest. What we’ve never seen quite like in 2020 is what happens when the threads unravel. We have the SEC, Big 12, and ACC primed to play football as the Big Ten and Pac-12 cancel their seasons. Within the Big Ten, there is not exactly unity. The NCAA has essentially punted any leadership responsibility to the conferences and now we have a scattered mess.

Nick Saban, on a conference call earlier this week with reporters, was asked if college football could benefit from a commissioner.

“I think that it’s important — at least I look at it as if it’s important that we have something or someone, some organizational body who can bring everybody together,” Saban said, via al.com. “And I don’t know if that’s a commissioner, if it’s some council, I don’t know if it’s a committee someplace. I really don’t know the best way to do that, but I do think that it would benefit college football if the five major conferences could always sort of come together on what’s best for college football.

“I’m not saying they don’t all have those intentions,” Saban continued. “They do. But sometimes they don’t all sort of marry up, which is kind of the situation that we have this year. Do I think it would be beneficial if we had some way we could tie all that together? The solution to that, I’m not sure what that would be.”

Saban is not wrong here, but the path towards getting to where he wants is going to be rocky. Perhaps if the Power Five break away from the NCAA, as a lot of people are speculating will ultimately happen, there will be a little more cohesion. However, as we’ve seen in the current predicament, it’s not going to be easy for a consensus builder to handle everything. Saban could very well be finished with the sport by the time that happens. 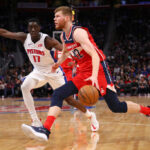 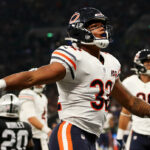