Alabama had a tough time trying to contain the Ole Miss offense on Saturday night. The defense allowed 647 yards, more than it has in any other game in school history. It also gave up 48 points.

Many expected Ole Miss to have success offensively, but this performance took things to a new level. That led many around the Crimson Tide program to speculate about what went wrong.

Some thought that maybe Lane Kiffin and company knew some of Alabama’s defensive signals. Coach Nick Saban, star linebacker Dylan Moses, and others made comments hinting at this idea.

That of course led to a Twitter response from Kiffin, who brought up tempo as a reason not to buy it:

FYI when u go as fast as we do we call our play first. Stealing signals wouldn’t help us at all because we are snapping the ball why they were still trying to just line up. #facts #ComeToTheSip ⁦@AlabamaFTBL⁩ go win the natty ⁦@OleMissFB⁩ https://t.co/6EvFe8PX4R

Things went a step further when the Ole Miss official Twitter account tweeted out “Stealing signals?” with a video attached and a thinking emoji.

The dustup led Saban to clarify his comments during a Monday press conference.

“I think what I was really speaking to was we were more like, I felt like we were always one play behind,” Saban said, via AL.com. “When I say ‘one play behind,’ I mean, sometimes when you play in the NFL against Joe Montana or somebody really good, you always feel like you’re one play behind if you call this, they do the right thing against that. I think that was more sort of what I was referring to, as if they knew what we were going to do.”

I’m not sure how many people are going to view this as clarification rather than backtracking, but it’s already been entertaining to see Kiffin’s presence in the SEC through three games. We maintain that we’re looking forward to the Alabama-Ole Miss rivalry. 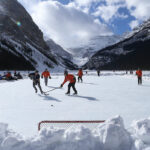 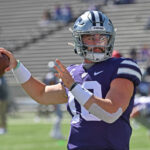