The NFL season moves like a tempest and there are already three weeks in the book. Here is how things shook out for this past week’s ratings, compared year-over year. Please note that last year CBS had the doubleheader and this year Fox did. Therefore, both of Fox’s windows are compared to 2019 CBS windows, and the 2020 CBS single game is compared to Fox’s from last year (numbers via Showbuzz Daily):

Let’s go through some takeaways:

1) The thing that obviously sticks out the most is ESPN’s Monday Night Football being up about 36 percent from last year. This highlights the vital importance of matchups. Chiefs-Ravens, with Patrick Mahomes and Lamar Jackson, walloped last year’s Bears-Skins game.

That ESPN got this game — arguably the most coveted of any on the NFL calendar — signals movement in their relationship with the league. The Rams-Chiefs game in 2018 wound up being a complete monster, but when the schedule was made no one knew that Patrick Mahomes was PATRICK MAHOMES. ESPN never would’ve gotten this Ravens-Chiefs game in recent memory. It would have either been on NBC’s Sunday Night Football or on CBS at 4:25 pm on Sunday with Jim Nantz and Tony Romo.

Speaking to Variety for a story about the future of NFL rights earlier this week, ESPN executive Burke Magnus, who leads the live rights partnerships department, remarked about how things have gotten better. “The working relationship with the NFL is much better today than it was a couple of years ago,” Magnus said.  “We finally made the NFL the priority that they should have been, and we are doing fun things, doing creative things to reach different audiences and grow different audiences.”

2) Thursday Night Football drop *looks* concerning but I wouldn’t worry too much about it. That game went against a Lakers-Nuggets Western Conference Finals game. It’s an anomaly for the NFL to have to compete with an NBA game of that magnitude. In fact, this result only underscores the NFL’s popularity compared to every other sport: A Jags-Dolphins game on NFL Network, which is in about 15-20 million fewer homes than TNT, got more viewers — 5.4 million vs 4.6 million — than an NBA conference finals matchup featuring LeBron James.

3) The late Sunday afternoon window continues to hold up when it is on Fox. This was also the case in Week 1. Cowboys-Seahawks made up the majority of the package this year, but the window also featured Tom Brady and the Buccaneers playing the Broncos. It’s not just the case that it’s holding up year-over-year — this week was the most watched NFL window by five million viewers over the next most-watched, Packers-Saints on Sunday Night Football.

4) The early Sunday windows are a little concerning this week. Again it’s a little tricky with the year-over-year comparisons because it’s not consistent of Fox and CBS having the same single and doubleheader windows. For the first two weeks, Fox was up single digits over the comparable 2019 windows. This year was down double-digits.

The season is still early, but CBS is down big in this time slot so far this year. Versus the comparable window in 2019, this is what their season looks like so far:

For comparison, here is how Fox has done in the early window versus the comparable window in 2019:

So again, Fox was down this week, but it had been up the two weeks before that. CBS has been down double-digits all three weeks. If you have a plausible explanation for this pattern, my Twitter DMs are open.

5) We have to add the caveat that ratings are being boosted by out of home viewership. It’s hard to quantify, exactly, but the fact that out of home viewership is counted this year and was not in 2019 could help NFL windows’ viewership by 5-10% or even more. If you look at this chart at Sports Media Watch and compare household rating number (which is a constant measurement from years past) versus total viewership, you can get a general sense of the impact. 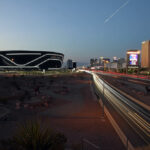 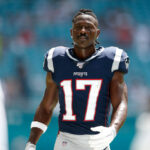