The NFL has an incredibly sophisticated scheduling apparatus that is nimble for Week 17. What they try to do is prevent teams from resting players and gaining an unfair advantage, so they pair games in the same windows where playoff implications depend on each other. With that in mind, here is the schedule for the final week of the regular season: 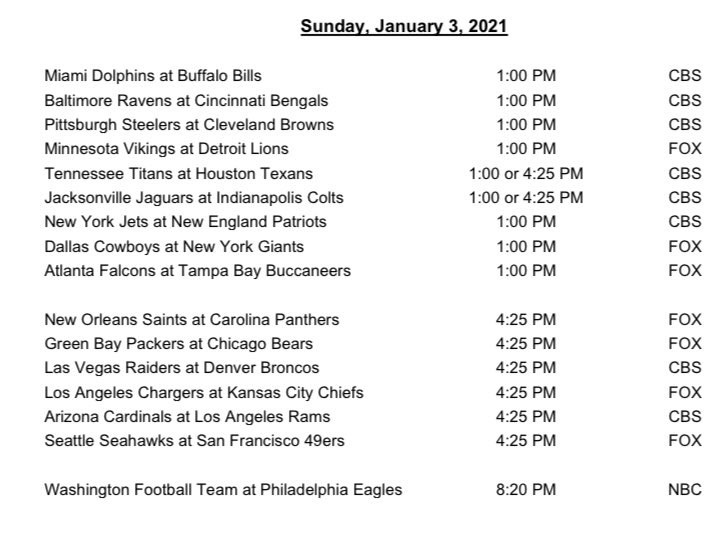 As much as we have made fun of the NFC East all season, that Sunday Night Football game will determine which member of that division makes the playoffs. Washington Football Team is win and in, but if they lose, it will be the winner of Giants-Cowboys who gets the fourth seed and a home playoff game in the NFC.

Update: Titans-Texans and Jags-Colts are both at 4:25 pm ET on CBS.