The most consistent complaint I’ve received for the past seven years is: “What happened to your NFL Truths column? I loved it.”

Everybody loves the Truths. They disappeared when I moved over to ESPN in 2013 and focused on television work at FOX Sports 1 in 2015. Well, now they’re back.

Carolina quarterback Teddy Bridgewater (270 yards, a TD and zero INTs) played at a high level on a new team with a rookie head coach.

No. Brady looked every bit of age 43. He was inaccurate, even on some of his completions. His inaccuracy cost receivers yards after catch. The pick-6 Brady tossed was a byproduct of his imprecision. He threw behind his intended receiver.

Brady also made poor reads and decisions. Early in Tampa’s 11-point loss to the Saints, Brady and broadcaster Troy Aikman blamed Tampa receiver Mike Evans for giving up on a skinny-post route and costing Brady an interception. Evans read the coverage correctly. Brady did not. A safety bracketed Evans over the top. Brady should’ve looked and thrown elsewhere. He had time to do so.

Old quarterbacks die best at home, surrounded by friends, family, loved ones and longtime fans. Brady has been placed in a Florida hospice. Bruce Arians isn’t going to care for Brady the way Bill Belichick and Josh McDaniels did.

No matter what happens in his Tampa hospice, Brady’s reputation will survive. Some people will wrongly argue that a disaster in Tampa will prove Brady was a “system” quarterback. It’s not true. This Tampa experience is going to prove Brady is an old quarterback who should’ve retired.

Muhammad Ali should’ve never fought Larry Holmes. Ali is still The Greatest. Very few highly-motivated people know when to retire. They always think they have one more good year. The ego that made them great is the ego that often leads them to disaster.

9) Cowboys coach Mike McCarthy lost his debut because he failed to control what he could control.

Kick the damn field goal on fourth-and-3 with 11 minutes to play. I don’t want to hear any complaining about the horrendous pass-interference call that cost the Cowboys in the final seconds. Dak Prescott and Michael Gallup connected on a tremendous play. The ref ruined it.

There’s nothing you can do about bad officiating. That’s outside a coach’s control. Taking a chip-shot field goal and tying the game early in the fourth quarter was a decision McCarthy controlled. McCarthy, instead, went for it and the Cowboys came up a yard short.

8) Russell Wilson’s performance in Atlanta was the most fascinating development of week 1.

Pete Carroll finally took the training wheels off the bike Wilson has been riding throughout his career. On a day when Seattle led virtually start to finish and held a two-score advantage throughout the second half, Carroll allowed Wilson’s passing to carry the Seahawks offense.

Wilson threw the ball 35 times and Seattle ran it just 20. We’re used to seeing that ratio reversed, even in games the Seahawks trail.

Wilson completed 31 of 35 passes for 322 yards and four touchdowns. Wilson might finally be in a pass-first offense.

Based on week 1, I’m calling Wilson my MVP favorite.

7) Aaron Rodgers was the most impressive quarterback in week 1.

I did not contradict what I wrote about Russell Wilson. He’s my MVP favorite. Rodgers was the most impressive quarterback.

A-Rodg put up huge numbers against the Minnesota Vikings and Mike Zimmer. The 43 points, four touchdown passes and 364 yards Rodgers dropped on a unit that gave up just 19 a game last year was more impressive than beating up the Falcons.

Rodgers is dialed in. He looked like the Incredible Hulk.

Rodgers is angry. The Packers traded up in the first round to land rookie quarterback Jordan Love instead of drafting a wide receiver. The Packers drafted for their future. Rodgers’ future is right now.

Drafting Love might be the smartest thing the Packers could do for their 2020 season. Rodgers is green with anger and ready to prove his best days aren’t behind him.

Lamar is number three because he played the trashy Browns.

6) In a shocking upset, Carolina coach Matt Rhule beat out Indy coach Frank Reich for the dumbest decision of the weekend.

Reich, of course, took a knee during the national anthem while his players stood. Reich is going to be a first-ballot Woke Hall of Famer for that move. When Antifa and Black Lives Matter rioters visit his neighborhood, I’m sure Reich will remind them he kneeled during the anthem.

Having said that, I still give the nod to Rhule.

Trailing by four points with 1 minute, 22 seconds to play and facing fourth-and-1 at the Las Vegas 46, Rhule handed the ball to fullback Alex Armah.

On the surface, it’s a sound decision. The Panthers needed 1 yard to keep their hopes alive. Armah, a fourth-year back out of West Georgia, averages 1.6 yards per carry over the course of his career.

You need 1 yard, why not give it to a back good at getting 1 yard? No reason to be greedy. Yes, Christian McCaffrey is widely considered the best running back in football. The Panthers recently made him the highest-paid running back in the league. But McCaffrey averages 4.2 yards per carry and the Panthers only needed a single yard.

Shockingly, the Raiders stuffed Armah short of the first-down stripe.

The whole thing was just dumb. Do better, Coach Rhule.

Indy’s acquisition of Rivers was the NFL’s worst offseason move. Rivers was a poor man’s Jameis Winston last season. Rivers tossed 20 interceptions and 23 TD passes in 2019. The Chargers had no interest in retaining Rivers.

Why did the Colts want him? Why?

Rivers tossed two interceptions yesterday in a loss to the Jaguars. Get used to it, Indy. Rivers has long been overrated. Now he’s old and overrated.

As I said earlier, old quarterbacks die best at home. Rivers died last year in California surrounded by fans and loved ones. His corpse is now under center in Indianapolis.

4) Blame Philadelphia’s offensive line, not Carson Wentz, for the embarrassing collapse against the Washington Football Team.

Wentz had no chance. His chances of developing into a star in Philly diminish by the day. He should look for a reboot elsewhere next season. He’d be a great option for the Colts. Philly can rebuild around Jalen Hurts.

3) Russell Wilson made the dumbest comment about social injustice on Sunday.

“I have a beautiful 3-year-old daughter and when I think about everything that has happened in our country, it has been an emotional time. When I think about my daughter, I get fearful because a young girl like Breonna having her life taken away is pretty difficult.”

Breonna Taylor was 26 years old when her boyfriend fired at and struck a police officer and she was killed by the subsequent crossfire. Taylor was part of a drug investigation because she dated and assisted a longtime drug dealer for a long time. She rented her ex-drug-dealing boyfriend a car and one of his associates was murdered inside that car.

Will Russell Wilson’s daughter grow up to date and assist a longtime drug dealer?

I’d like for Wilson to watch this video about the 53 black and brown kids age 1 to 12 who have been murdered in 2020. It’s far more likely that Wilson’s young daughter will be killed by random gang violence than police.

Poe was the lone Cowboys player to kneel during the national anthem.

“It’s just bringing more awareness to what’s going on in this world — to the racial injustices that’s going on. It’s not something that’s going to be solved in a day. People keep asking me, ‘What is he doing?’ It’s bringing more awareness. This is letting people know and this is my way of fighting it. It’s the beginning of it. We might not see change in my lifetime. I do want to start doing the simple things such as kneeling to let people know that I feel this way.”

Poe’s comments remind me of how young NFL players are and how sheltered from reality professional athletes are. Poe thinks kneeling is a step towards a solution. His standards are so low for what he can do to promote real change that he thinks kneeling during the anthem is a bold step.

If you want to promote actions that can lessen racism’s impact, promote the power of a nuclear family. Western civilization is built around the concept of a two-parent family. Baby-mama culture accentuates the power of racism.

Athletes should promote marriage and condoms to end racism.

1*) At the moment, I don’t see any reason my Kansas City Chiefs shouldn’t repeat as Super Bowl champions.

Kansas City’s 14-point victory over the Texans is the most impressive performance so far. The Chiefs were sound on both sides of the ball. 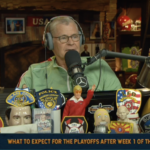 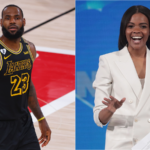