Earlier today, ESPN’s Adam Schefter reported that the Atlanta Falcons had four positive COVID tests and that they had shut down their facility. In light of everything that has happened in the NFL and college football this week, this led us to wonder if the Falcons-Vikings game might be postponed.

The NFL has since released a statement saying that the report is inaccurate. Via Andrew Krammer of the Minneapolis Star-Tribune:

From an NFL spokesperson this morning: "The ESPN report was inaccurate. There is one positive today from a team personnel member (not a player). There’s no change in the status of the (#Vikings-Falcons) game at this time."

Schefter has also since tweeted to note that an NFL official said there was only one positive test, and it was a member of the personnel team, not a player. He did not issue a formal correction or retraction to his original report that there were four positive tests.

Here is the statement that the Falcons released about working remotely today: 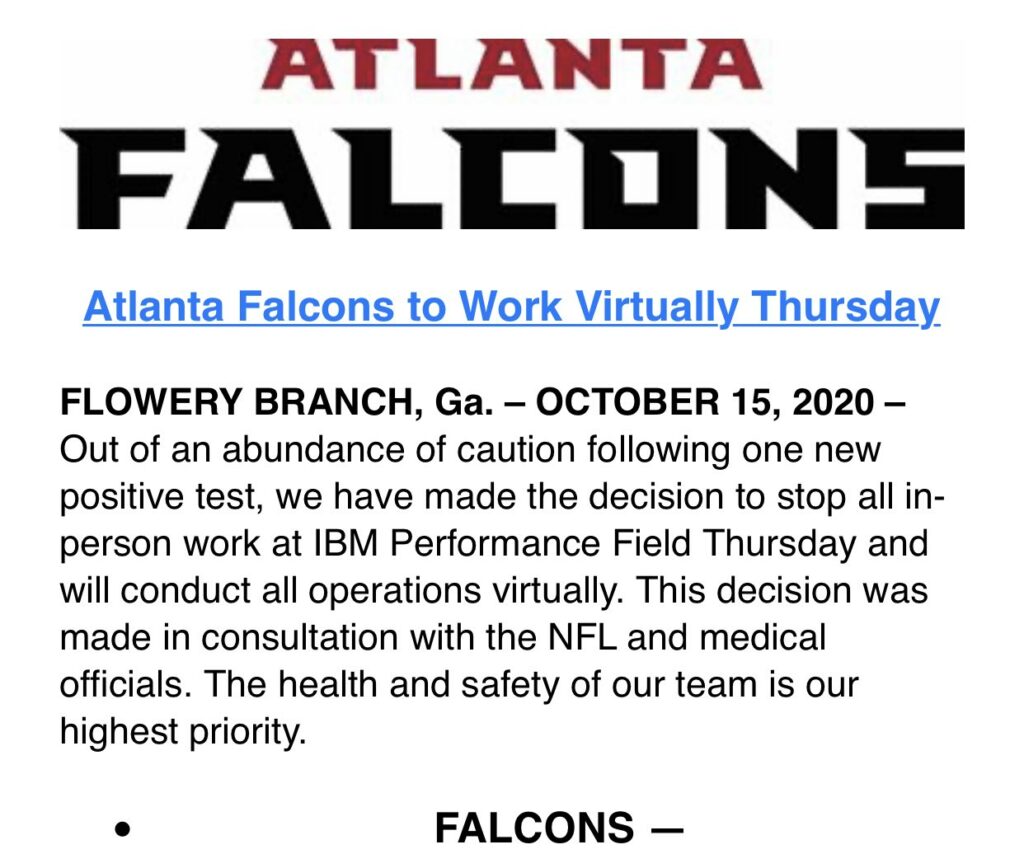 If there are any new updates to this story we will let you know.