Doubts about the NFL COVID protocols during training camp can be put to rest after the latest round of testing results to come out of the league office. The NFL reports that 44,510 tests were administered to 8,349 players and team personnel between August 30 and September 5. The results were ONE player testing positive and seven positives amongst team personnel.

If you go back to when players started wearing pads and hitting, the numbers are pretty impressive over training camp. “From Aug. 12-Sept. 5, the NFL administered 64,058 COVID-19 tests to players … and there were 5 new confirmed positive tests,” NFL Network’s Tom Pelissero tweeted about today’s news.

The NFL and NFLPA agreed last week to continue it’s testing plan during the regular season until further notice. Players will be tested the day before a game. Saturdays before Sundays game, Sunday before Monday Night Football. Face coverings will be encouraged on the sidelines, but not required, except in locations required by states, according to Pelissero.

And one other thing you’ll notice this season: only one team representative will go to mid-field for the coin toss. Now that the COVID test results are public, the league appears ready to go for NFL action Thursday at Arrowhead. 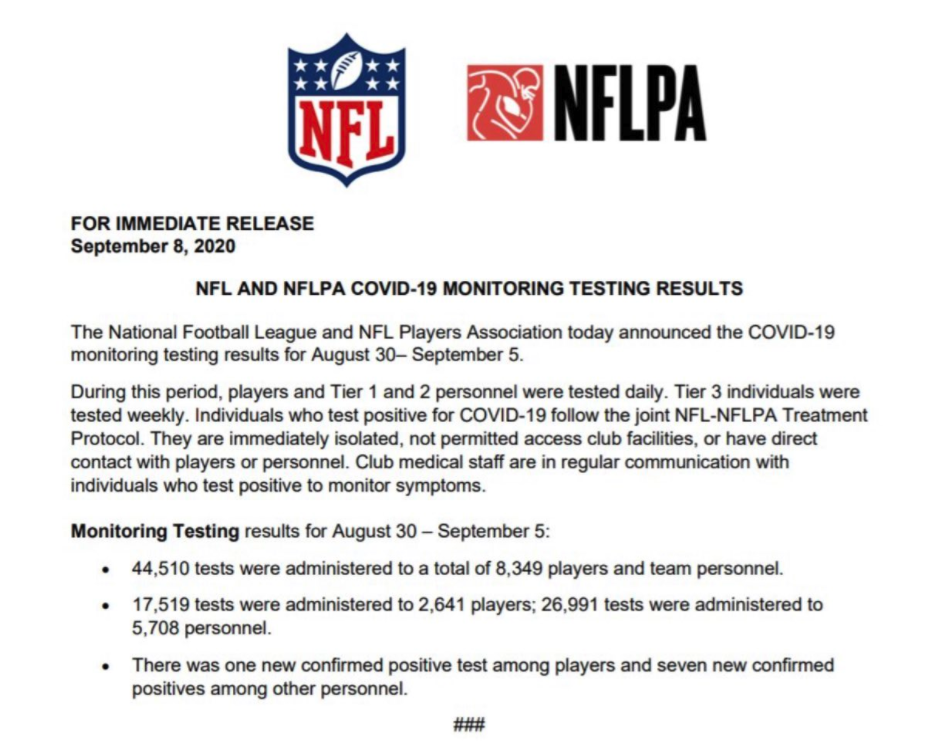