Early ratings are starting to come in for the NFL’s Week 1 Sunday slate, and thus jumping to conclusions will commence.

Fox Sports announced pretty robust numbers for their Sunday afternoon Game of the Week window, which was led by Tom Brady’s Bucs debut versus the Saints:

The star-studded showdown between Brady's @Buccaneers and Brees' @Saints led America's Game of the Week to a strong start. 🦾 pic.twitter.com/q6NM6youjN

The Cardinals-49ers game, which aired in Arizona and parts of California and Nevada, is included in this number for Fox. The numbers could go even higher once out-of-home viewership and all markets are added in; this number doesn’t include New Orleans, a football-mad region whose team was playing in the game.

Sunday Night Football on NBC appears to have suffered a pretty big drop based on initial numbers (again these are not where they’ll finally land, but can be considered as directional):

This is worrisome considering the Cowboys are annually the biggest draw in the league. While last year’s game did feature two teams in the Brady/Belichick Patriots and the Pittsburgh Steelers who are bigger draws than the Rams, it’s not a great sign that Sunday Night Football is down that much given the national magnitude of the Cowboys.

Considering how big the numbers are looking for Sunday afternoon, you can’t use the excuse that football snuck up on people with no preseason to explain away Sunday night. Also, there wasn’t an NBA game on Sunday night like there was with Lakers-Rockets drawing a couple million viewers when the NFL’s kickoff on Thursday was down year-over-year.

Once the final numbers roll in, we can draw some more conclusions both about where we stand and what caused the changes. 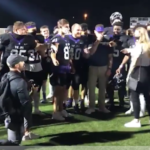 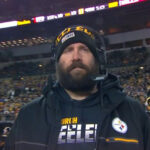