And the winnowing of available players in this #Steelers–#Ravens matchup continues. The Steelers have had both a starter and an assistant coach test positive today, multiple sources tell me.

James Conner is the #Steelers player who tested positive for #COVID, multiple sources tell me. He is awaiting a second test tomorrow to confirm these results. Contact tracing continues. And as w/ every positive case in the #NFL and country… here’s to recoveries and good health.

Conner is a cancer survivor, so it goes without saying that we are particularly wishing for good health for him.

If Ravens-Steelers can’t happen on Tuesday, there is no way to make it up later in the season as both teams have already had bye weeks. Therefore, the NFL would have to decide as to whether to make it up on Week 18 — which they could do without moving the Super Bowl because of the bye week after conference championship games — or whether to go with an expanded playoffs.

As we wrote earlier this month, the NFL has weighed expanding the playoffs during the season. This season, the playoffs had already expanded from 12 teams to 14. A further expansion would go to eight teams in each conference, with no bye weeks. 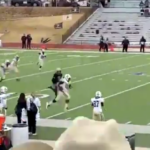 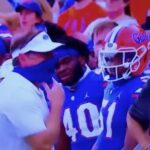