For weeks, the NFL MVP race has been among three players. After Week 10, a fourth name has joined the chase:

Murray is a long-shot MVP candidate, but that’s where he excels. I’m not counting him out. He’s Russell Wilson with Lamar Jackson’s speed.

Last season, the sports world debated which QB besides Patrick Mahomes they’d build a franchise around, Lamar Jackson or Deshaun Watson. Neither. The answer is Murray.

The MVP award is about stories. Murray’s game-winning Hail Mary is the story of the season thus far.

Murray has 27 total touchdowns this year, 10 of which came on the ground, and somehow has Arizona in the running for the 1st seed in the NFC.

Would I bet on Murray? No. Am I counting him out? I did Sunday night when the Cardinals were down four with 11 seconds to go:

For the first time this season, Wilson isn’t ranked No. 1 on OutKick.

In the past four weeks, Wilson has thrown seven interceptions, and the Seahawks are now third in the NFC West.

However, Wilson is asked to do more than any single player should be. He can regain the lead if he cuts down on the turnovers and Seattle gets back on track. But given the defense, the lack of a running game, and the schedule — don’t expect it.

Mahomes didn’t play this weekend, so he isn’t as juicy of a pick this week.

Ultimately, I don’t see Mahomes winning the award. The Chiefs’ upcoming schedule is too challenging, with games against the Raiders, Saints, Dolphins, and Bucs remaining.

That said, if Mahomes leads the Chiefs past the Steelers to the 1st seed, the award will be his.

Mahomes is on pace for 44 touchdowns and two interceptions. When he’s at his best, he is the best. That counts, right?

For the Packers and Aaron Rodgers, only a few tough games remain. At worst, Green Bay ends up 12-4, which should be enough to clinch the NFC’s 1st seed. Rodgers will likely put on several more MVP performances in the process.

If Rodgers and Packers repeat what they’ve done so far, Rodgers wins MVP and the Packers enter the playoffs as a top Super Bowl favorite.

Per my projections, Rodgers has somewhere around a 55% chance of winning the award. 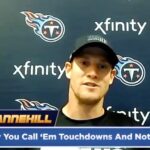 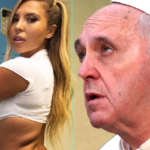