There are going to be a lot of NFL playoff spots decided in the final week of the regular season. Some of the importance for teams will come down to positioning, while others are in a “win or go home” type of mindset.

That should automatically equate to quality football in Week 17. Below are five games you should be paying attention to as we get the first NFL action of 2021 underway.

Breakdown: The Buffalo Bills don’t have much to gain from a team standpoint, but star quarterback Josh Allen will suit up anyways in order to make one last MVP push. That’s an interesting risk, and Dolphins fans probably aren’t happy about it. Miami is already dealing with its closer, Ryan Fitzpatrick, being out due to COVID-19, after all.

The Dolphins can still get in with a Cleveland Browns loss to Pittsburgh on Sunday. But the Steelers are currently double-digit dogs, so that isn’t something Brian Flores and company should be banking on. Offensive coordinator Chan Gailey is going to have to cut Tua Tagovailoa loose and just see what happens.

Breakdown: Mason Rudolph will get the start against the Browns. I mean, what are the chances of that? After last year’s helmet incident with Myles Garrett, who would have thought this would be the week Pittsburgh went to its backup? But by winning the AFC North, there was no point in rolling with Big Ben.

That’s an interesting storyline, but the most significant part of this game will be the playoff implications. Cleveland will go to the playoffs for the first time since 2002 if they can secure a win. If they lose, then the Dolphins and Baltimore Ravens will get in.

Breakdown: Don’t look now, but the Chicago Bears are currently riding a three-game win streak to put them squarely back in the playoff hunt. The 5-1 start to the year was followed by a six-game losing streak before the most recent run, so this has been a streaky squad to watch.

If they can make it a four-game win streak with a victory on Sunday, that means playoffs. If not, then Chicago will be banking on the Los Angeles Rams handing the Arizona Cardinals a loss. Not an ideal situation given the quarterback situation in L.A.

Breakdown: This game has major playoff implications for Arizona, Los Angeles and even the Bears, but it might not feature a top-notch quarterback duel. It looks like we might get to see Kyler Murray suit up for the Cardinals in a must-win game, but the Rams will start John Wolford with Jared Goff injured.

Bears fans should be pulling for Los Angeles in this one, however. If the Rams can pull off the upset by causing Murray issues with its stout defense, it will guarantee Chicago a spot in the playoff. If Arizona wins, however, those chances drop drastically.

Breakdown: This game could ultimately decide the NFC East. If Washington wins, they’re in. If they lose, however, the winner of the Dallas Cowboys-New York Giants game will go. This has been an awful division, but the poor play has at least been evenly spread throughout.

As of right now, it looks like Alex Smith will return from a calf injury and make the start for the Football Team. That provides a massive boost to their chances. Philadelphia, on the other hand, will continue to roll out rookie Jalen Hurts, who has shown some promise. 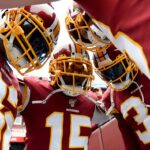 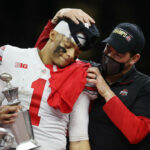