While the calendar technically says it goes from June 20th through September 22nd, I’ve always counted the summer as Memorial Day through Labor Day. Not that the distinction especially matters, but I also like using the summer to scour for value in NFL futures tickets. Here is the full slate of Super Bowl champion futures, via FOX Bet, and then I’ll go through a few longshots  (teams with 20-1 odds or greater) that I like:

The Packers had similar odds at this time last summer, and wound up going 13-3 and making the NFC championship game. I’ll admit that I’m a Packers fan and may be looking at them through rose-colored glasses, but I have twisted my mind into the opinion that selecting Jordan Love will motivate Aaron Rodgers to an extent that is actually more valuable than a wide receiver they could’ve drafted in that spot. I get that when you look at the Packers’ analytics they had no business winning the amount of games that they did last season, but I perceived a weird intangible ability to win ugly that could be repeatable. I don’t think, for example, that the Bucs and Cowboys should have better odds than they do.

This is another team that made it to the NFL’s final four that I think is getting a little bit disrespected by the odds. There is a sense that it was a fluke and that no team helmed by Ryan Tannehill can make it that far again. People are also skeptical of a run-first attack. Derrick Henry is a punishing back who, in addition to leading the NFL in rushing last season, tires out opposing defenses because he’s such a hassle to bring down. This is a team that is well coached by Mike Vrabel and knows what its identity is.

We’re now getting into the territory where if it somehow happens you are looking at a considerable return. Even though he won offensive rookie of the year last season, Kyler Murray is kind of sliding under the radar as someone who could really be superb this upcoming season. He’s had a year to absorb Kliff Kingsbury’s system and adjust to the new challenges of the NFL. I’m not out here saying the Cardinals will win the Super Bowl, but I think 45-1 is pretty good value, especially after adding DeAndre Hopkins.

This is the biggest pricing mismatch on the board in my opinion. The Texans had a 24-0 lead on the Super Bowl champion Chiefs. Everyone remembers what happened next — they got steamrolled. Nevertheless, Deshaun Watson is someone who should be given more credit in the “Who is the best NFL QB not named Patrick Mahomes” conversation. The Texans have made the playoffs four of the last five years. Yes, Bill O’Brien had the complete headscratcher of a decision to trade away DeAndre Hopkins and absorb David Johnson on a terrible contract, but the fact that everyone knows that was monumentally stupid has given them sneaky value.

This is a longshot where everything would have to fall in place. I’m as skeptical of Matt Patricia as anyone else, but the Lions could easily be primed for a bounceback. The team is in win-now mode to save the jobs of Patricia and GM Bob Quinn. Matthew Stafford was playing some of the best football of his career last season before he got hurt. This is the type of bet where you could potentially utilize the secondary market to lock in a profit by the middle or end of the regular season and forgo the stress of riding it out. 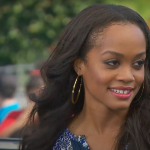