One of those mornings where technical difficulties throw off the routine

The Instagram models are off this morning due to embeds not firing, but that’s OK because we needed to find a day to show some love to the NFL cheerleaders out there who are finally able to do their thing at games without wearing masks. It’s really nice to see the ladies back doing what they love and not have to do it while suffocating behind a mask while trying to fire up reduced-capacity stadiums.

Quickly moving along because this post is way behind schedule…thank you to those who sent in Vermont suggestions for OutKick copy editor Cortney who will be getting married soon and then will be off for some honeymooning in the northeast. I knew the responses would pour in, but I didn’t realize they’d come in five minutes after publishing Tuesday’s Screencaps.

“Screencaps readers/TNML members are the best following in the country!,” Cortney told me over the company’s Slack channel. “The best America has to offer.”

Keep those Vermont suggestions coming in. I’ll forward them on so Cortney can pick through the things that sound interesting. Email: joekinsey@gmail.com

• I have to address this Chicago Bears situation where the Bears have bought land in Arlington Heights, Illinois (to the northwest of downtown Chicago, pretty much due west from Evanston) and they’re indicating the land could be used for a stadium. Why would the Bears do such a thing? Have you looked at the land around Soldier Field? Have you looked at how the Bears don’t have room to get into the entertainment industry like Jerry Jones with the carnival he has outside Jerry’s World?

With the Bears locked into a Soldier Field lease until 2033, this could be a negotiating ploy with weirdo mayor Lori Lightfoot, or the Bears are very serious about this big plot of land that would open plenty of revenue opportunities. Keep in mind, Soldier Field is the second smallest NFL stadium and it would take a roof before the NFL would bring the Super Bowl to town.

• Husker Bill slid into the Twitter DMs to offer some advice to those of you looking to save a few bucks and get the neighborhood guys together. Throw an aerating party!

Good evening commissioner. In regards to lawn health, I wanted to pass on what myself and other neighbors do this time of year. We pick out a Saturday (usually a Husker bye week) when we have a community aerating event. We can rent an aerator from Home Depot for $100 a day, then we coordinate neighbors doing their yards splitting the total cost. Last year 6 of us split the cost. Will probably be a couple more this year. Hiring a professional would probably be $35 for my corner lot, so it saves a ton of money. Love the content and especially the screencaps.

• I haven’t been on the apple-picking excursions lately because I have to watch football, but I make a compromise and make sure the kids get to go to a fun pumpkin patch where they get to run in the corn maze and get dirty on a farm. I cringe when suburban dad is tagged on the Facebook posts where he’s missing the 1 p.m. NFL games because his wife needs new photos in her new riding boots and new wide-brimmed hat that all the Nashville women wear these days. Oh, and don’t forget the new vest when IT’S 95-DEGREES WITH THE HUMIDITY.

Go. But make it miserable for the whole family. Doesn't get you out this year but you are set up for years ahead.

Ladies, you don’t need a new photo each year. Life will go on if you sacrifice a year of dragging Shawn to Macqueen’s Orchard. Go out and buy all the elements to do a Pinterest shoot in your yard right off the outdoor bar that Shawn has worked his ass off to make perfect. He’ll throw on a Kirkland flannel real quick, take the pics and go back to watching the Titans.

• Let’s end the post here and I’ll get to work trying to get the Instagram models fired up for another day of work around here. 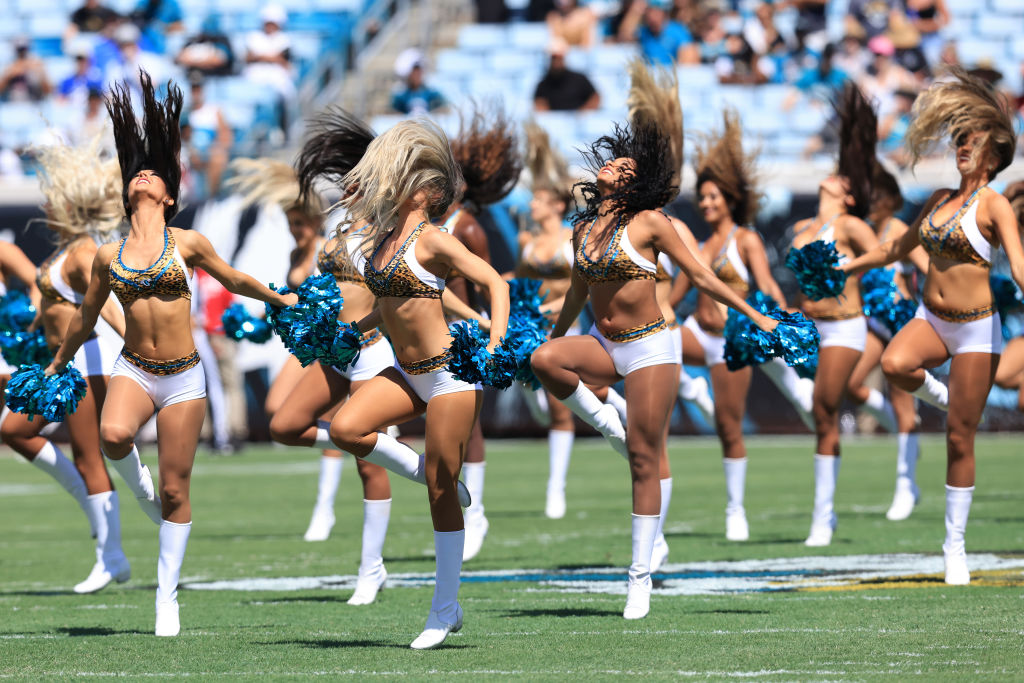 The week has arrived… 👀

A WWII veteran who is celebrating his 100th birthday this week!

Thank you Private First Class Paul C. Catalano for your service to our country. 🇺🇸 pic.twitter.com/QsB9PiJujs

This might be the first time that someone beating #Missouri would fall into the “Shock the World” category, but you go for it #Tennessee. pic.twitter.com/cXsUS6dd2A

Oh no. Look out #NotreDame. #BYU is going to sue you. And they’re going to do it for the full amount possible. Get ready to pay up! #GoIrish pic.twitter.com/Sh8hdAEIAa

412 yards for Bryson and he knew it off the tee. pic.twitter.com/NBWQNMTOvn

23 years ago today, Stone Cold drove a zamboni to the ring and attacked Vince McMahon 💀 pic.twitter.com/TPPknqzO9u

Me after carrying all the groceries inside in one trip pic.twitter.com/GBOB0uJmHh

I guess we’ve traded in gamblers, trade shows and conventions for this…

When the local news media tells you Vegas is back, they are full of shit!!!! pic.twitter.com/DDP75XatzS

Amazon has announced "Astro," their new Alexa-powered home robot that sets & delivers reminders, plays TV shows & podcasts, and patrols a user's home while they are away.

Also, he was arrested with Deputy Moyer’s cuffs. pic.twitter.com/RmdRj753Ap

Imagine yourself sipping a Backwoods Bastard out of this glass with a friend on a cool fall evening.

Well, imagine no more. We’re giving away sets of these glasses to a few lucky people that like & tag their drinking partner on this post. We’ll notify the winners today. Cheers! pic.twitter.com/5rEVMFFgWN

Lean in close and prepare to be hypnotized! 🌀 #LoveFL

Utah's fall colors are showing off! 🍁 What do the leaves look like in your neck of the woods?

In Sept of 1979 at the Richmond Fairgrounds Raceway #DaleEarnhardt started on the Pole. Dale would lead 19 laps and eventually finish P4. Photo by Joe Rose Sr. #DailyDale pic.twitter.com/4ZrpHaoDaq