The Last Dance is over and Sunday nights are open again. HBO’s I Know This Much Is True will fill the void of drama. But it’s going to be a bit until there’s another sports doc of that caliber. While there’s only one Michael Jordan, there are several current and former athletes worthy of their own Last Dance-type series. Including these five necessities:

Tiger Woods is the obvious choice. He’s the most impactful athlete since Jordan and shares a similar level of mystique. Critics of the Last Dance correctly stated, with Jordan’s influence, it was more propaganda than journalism. Woods cannot be as involved in his. Jordan’s story was mostly fun, Woods’ has all the emotions. The story of golf’s greatest legend cannot be told without his demoralizing struggles. His downs that are written in ink. The doubts that made his 2019 Masters win the iconic, remember where you were moment it will always be.

You already know this one is going to happen. So, let’s just put it on the list.

It might already be in the works. Hopefully, when it comes out, there’s a current NBA player worthy of comparison to LeBron James. If not, it’s going to another exhausting installment of LeBron vs. Jordan (Part ???). Their supporters will dissect each scene to declare a winner of the “Better doc” category. Don’t think so? They justified “Better look.”

Yeah, not exactly looking forward to this one. But it’ll fill the conversational vacuum for a month.

Floyd Mayweather’s story should actually be a film directed by Martin Scorsese.

Mayweather revolutionized the sport of boxing. He took tens of millions of dollars — at least — out of the hands of hated promoters. Mayweather wasn’t a boxer — he was/is a brand. Interest in “The Best Ever,” as he promoted himself as, wasn’t limited to his cocky, strategic, trash-talking self who flaunted his wealth like Jordan Belfort. Mayweather was a transcendent fighter. A defensive magician in the ring. As he often reminds us, he never lost. 50 tried, 50 failed. Floyd Mayweather sold pay-per-views as the bad guy — both by design and due to issues outside of the ring.

The steep hole Mayweather left boxing in is akin to what the NBA faced post-Jordan.

Tom Brady’s career is already divided into thirds. There’s the unathletic, nerdy-looking sixth-round pick turned quarterback of a dynasty. Chapters worth of cheating scandals, heartbreaking losses, and wins that cemented himself as the G.O.A.T. Finally, The TB12 Method, the friction with Bill Belichick, the break-up, and his move to Tampa. Even if there are complications with behind-the-scenes footage (not the Patriot Way), the storylines are endless. Brady spent most of his career saying nothing of note. But his recent interview with Howard Stern showed a different, more open side. That version of Brady, without Belichick, makes his doc even more of a must.

He literally bit off a chunk of Evander Holyfield’s ear like he was a Stephen King creation.

Mike Tyson’s prime consisted of the most exciting style ever invented in the fight game. A strike so vicious only 30 seconds were needed to destruct. A one-punch ender. Tyson was invincible through his first 37 fights. The next Ali. Then, while fans prioritized something more uncertain, he lost. I cringe at the overuse of the phrase, “shocked the world.” Not here — Buster Douglas, as a 42-1 underdog, shocked the world knocking out Tyson.

We are just getting started. I’ll save the rest, and Tyson’s end, for the doc. 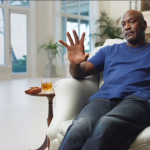 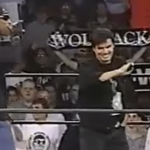