The 2020 NHL Draft Lottery Phase 2 will go down in sports lore much like the 1985 NBA Draft in that fans will forever believe that it was rigged for the New York market to get the presumptive best player. In that case it was Patrick Ewing, in this case it will be Alexis Lafreniere.

Last night the New York Rangers ping pong ball popped for that top pick and once the rabbit hole is explored, it gets very suspicious.

New York was part of the Phase 2 lottery which gave the franchise the same 12.5% odds as the seven other teams that were eliminated in the first round of the NHL restart: Minnesota, Winnipeg, Florida, Nashville, Toronto, Edmonton, and Pittsburgh.

Let’s pretend that everything was on the up and up and New York happened to be the legit ping pong ball from that group. Why on Earth was that even the determining factor for the first overall pick? Those eight teams made the playoffs, why were they not slotting in for a Phase 2 Lottery behind the teams that didn’t?

Well, the NHL did a Phase 1 Lottery earlier this summer. That phase was based on the worst teams in the league, the ones that did not advance to the play-in rounds. Magically none of those teams were selected for the top pick, it was awarded to a blank “Team E,” which was to be chosen from the group of teams “E”liminated in the first round of play.

That doesn’t sound suspicious at all.

So now the Rangers, the team with a 37-29 record and made the playoffs, will get the best player in the draft over the teams with losing records.

Lafeniere will suit up alongside Artemi Panarin, Mika Zibanejad and No. 2 pick from last year’s draft, Kaapo Kakko. The pairing of Kakko and Lafreniere will certainly accelerate the improvement of the franchise.

Which is exactly what this Lottery system was designed to do. 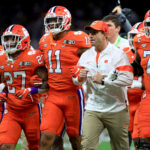 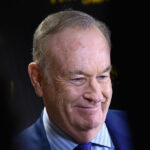