We’re in truly unchartered territory with the NFL and these Covid-19 tests. After going a couple days with no new positives and looking like their games would happen this week, both the Titans and Patriots have had a new team employee test positive. Adam Schefter reports:

Patriots had one new positive test this morning, source tells ESPN. Their building is now shut down while further testing is conducted.

And now the Titans have shut down their facility again after a coach tested positive.

Titans: “This morning we learned that a staff member tested positive. We have temporarily closed our facility and are in communication with the league on the next steps.”

Previously, Cam Newton and Stephon Gilmore had tested positive for the Patriots.

Schefter followed up that the NFL still “plans” to hold their Patriots-Broncos game on Monday.

Patriots reporter Tom Currani isn’t so sure Patriots players would play this week, even if that’s the NFL’s mandate:

The sense I’ve gotten as the week has gone on is the Patriots aren’t going to let the NFL unilaterally decide whether or not this game is played. If players and coaches aren’t comfortable, they won’t play.

Broncos reporter Mike Klis doesn’t make it sound like Denver players would be keen on playing New England Monday either:

Reports of Patriots having another positive test puts Monday game vs Broncos under further review. What must be considered: Broncos well being. Can’t imagine Broncos players or their families wanting game against team not cleared from virus. #9news

Broncos had plans of flying to Boston early afternoon today. Just my opinion, but I don’t think they board. #9sports

As we’ve been banging the drum all week, it’s time for the NFL to add Week 18 as a buffer space into the schedule. Adding Week 18 could nullify the bye between conference championship games and the Super Bowl without changing the planned date for the latter. It makes way more sense than adapting all these teams’ schedules on the fly. 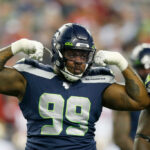 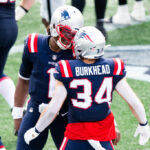