After their game this Saturday was canceled because their opponent, the Wisconsin Badgers, had several program members test positive for COVID-19, Nebraska sought to play UT-Chattanooga instead. But the intractable Big Ten wouldn’t allow it. After the conference decided against the opponent swap, Nebraska Athletic Director Bill Moos and and chancellor Ronnie Green issued a joint statement arguing that non-conference games instead of outright cancellations could help Big Ten teams in College Football Playoff consideration.

Here is the full statement (via Sean Callahan of Rivals): 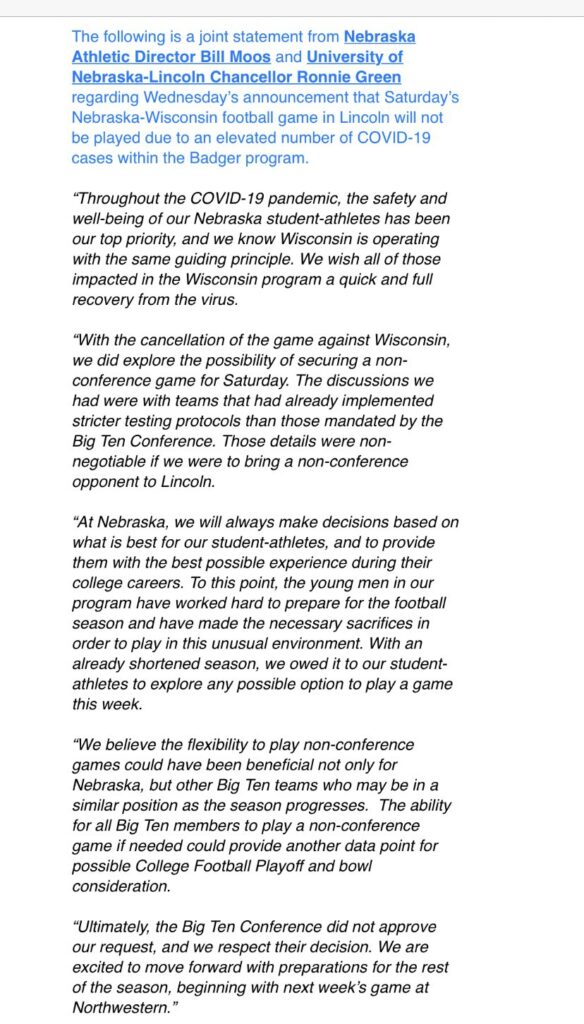 The statement concludes by saying that Nebraska respects the Big Ten’s decision, but it’s obvious that they’re a little bit chafed that they can’t play a football game this weekend despite their best efforts.

Get Your Wicked Witch of the West Wing Shirt Now! Dismiss