It appears that the 2021 NCAA Tournament is headed for Indianapolis. All of it.

The NCAA announced Monday that all 68 qualifying teams will head to a single location.

Per the announcement, the NCAA is “in talks” with Indianapolis to serve as host.

Yes, March Madness is getting its own bubble, just like the NBA had this year on the Disney campus. The league reported zero positive COVID-19 tests during its run from late July to mid-October.

Of course, the NBA invited only 12 teams of professional athletes to its bubble. A centralized location for the NCAA tourney would mean 68 teams worth of college kids in the same place.

But March Madness is a major moneymaker simply by being on television. After shutting down college basketball’s main draw last season, the NCAA is determined not to let it happen again. 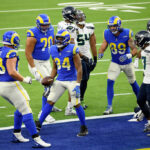 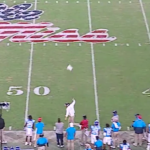