Most people don’t even know college basketball exists before March Madness. The sport wants you to know that it does. So this year, it planned to start things with a bang, a grand-opening day with a whole bunch of games that. . .

Wait a minute. The NCAA postponed that day for two weeks because of COVID. But now, look out!, college basketball finally starts today with a resounding. . .

Well, the season will, in fact, start somehow, somewhere, with someone. But at least 40 major college teams are quarantining or don’t have enough players available. DePaul canceled its first three games, saying it had just four players at some practices. Several coaches are sick and asking why they have to start now. Teams have been dropping in and out of season-opening events. Wichita State filled a last-minute opening in South Dakota, flew out, failed COVID tests and flew home.

Yet things keep moving forward. Look, pick a lane, NCAA. You either believe that COVID is a serious threat to public health or you don’t. Just pick which side you believe in and go with that, OK?

Which one is it? Which one do you believe in? Either let the kids take classes in person or postpone the start of the basketball season. Because this way, it looks like our education system is down to making sure colleges collect the student body’s tuition while also collecting basketball money.

“I’ll say it again, to anyone who will listen, push the season back to March, and then have May Madness,’’ Hall of Fame coach Rick Pitino, now of Iona, tweeted: “Give the Vaccine a chance. In the best interest of all involved!”

There is never a shortage of the NCAA’s hypocrisy. When schools cancel in-person classes to keep students away from campus, yet allow the basketball team to travel, then return to campus for practices or more games, it looks like they’re sending kids home for the purpose of protecting the basketball team.

The NCAA lives on March Madness TV money, which it counts by the billions. And it already lost one NCAA Tournament this year because of the virus.

I am even sure the NCAA could survive another lost Madness. That’s why the big-splash opening goes on today, even if it is a big belly flop. The NCAA is worried about its own health more than the health of its athletes or anybody else. Or, maybe it doesn’t think the players are in serious danger after all.

The Center for Disease Control is advising that Americans not travel over the holiday, and the NCAA is sending basketball teams all over the place. So fine, that’s the statement then?

It’s hard to know what the NCAA believes in, other than $. Maybe that’s the statement here: The NCAA is trying to survive. That’s why it already announced that it plans to hold all of its end-of-the-season NCAA Tournament games at one site, likely Indianapolis.

That will serve as a pretend-bubble, as players will still go back to their home schools after each week of the tournament.

The New York Times says that more than 100 college basketball games were scheduled for today. And the paper pointed out that this week alone: Tennessee canceled two games when coach Rick Barnes tested positive. Duke and Georgia canceled games against Gardner-Webb after that team reported a positive test. The UConn women’s basketball team canceled its first four games. The Utah men’s team canceled its opener after Coach Larry Krystkowiak’s positive test. Arizona State flew all the way to Connecticut to play No. 2 Baylor at an event involving 40 teams at the Mohegan Sun Casino, and then found out that Baylor was out. Fortunately, Rhode Island took Baylor’s spot. Mississippi coach Kermit Davis tested positive, but the players continued to practice . . . until some of them tested positive. Six of the eight original teams scheduled to play in the Bad Boy Mowers Crossover Classic in South Dakota have dropped out and been replaced.

That’s just a taste of what’s happening, by the way.

A lot of jobs and scholarships will be lost if the business of the NCAA Tournament doesn’t happen, whether in March or in May, as Pitino suggests.

It’s going to happen. The NCAA will make sure of that. But who, when or where? 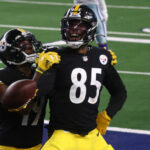 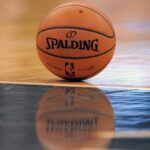