NBA stars are reportedly “making a push” to move season-openers back to accommodate for the extended 2020 season. The NBA bubble didn’t affect many teams because they didn’t participate, but it did affect LeBron. And this is the real story here. LeBron and commissioner Adam Silver are going head to head, and the results could get messy. We’ll have to see if Silver bends the knee and gives the players what they want.

The NBA is dealing with losses in viewership, prompting them to slate Opening Day on Christmas Day.

Moving the start of the season would benefit only five or six teams, and only LeBron’s Lakers really need it. Those who played in the NBA Finals this year find it unfair that they must return for the next season after only 75 days off from the last one. Lakers guard Jared Dudley tweeted a couple days ago that LeBron could potentially sit primetime games to prevent injury. At 35-years-old, James would absolutely be taking a risk without his usual three-month break.

The show will go on, just don’t cry a river when stars sit out TV games… esp Top teams that played a longer full season … https://t.co/sCw5NmhBLp

The Lakers, Miami Heat, and other NBA stars aren’t looking for our sympathy when they demand this change. They’re just used to exerting influence on the league so that it does what they want. Even the likable Damian Lillard of Portland threatened to sit prior to the opening of the bubble if Adam Silver didn’t implement a play-in tourney. Lillard may not have been the reason that Portland was let into the playoffs, but he at least tried to impose his will.

An announcement will likely come soon because NBA free agency begins in early November. It’ll be interesting to see if LeBron and other stars in the league can force the league to change its 2021 schedule. 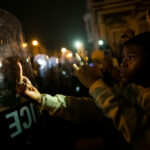 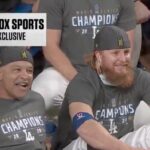