Lakers’ forward Jared Dudley tweeted a week ago that players like LeBron might sit out “big games” if the season starts near Christmas. Commissioner Adam Silver’s response? To officially move forward with a “Christmas” opening week anyway. Marc Stein is reporting team player representatives are ready to lock in a Dec. 22 start date.

NBA Voting Update: All the momentum on the player side today indicates that the union, through a vote of team player representatives, is poised to ratify the NBA’s plan to open training camps Dec. 1 and start the 2020-21 season Dec. 22 by week’s end

So much for LeBron being the most powerful man in the world. LeBron’s wishes were completely pushed to the side for two reasons:

We have to throw LeBron a tiny bone when trying to control the league, since plenty players have tried this before. I’ve mentioned previously that Blazers star Damian Lillard tweeted that he wouldn’t play if the NBA didn’t add a “play-in” tourney. In that case, Silver listened and made sure Lillard got his wish. Unfortunately for King James, there’s too much money riding on Christmas Day happening in this league.

Ratings are already down the gutter, so the NBA really had no choice but to make a December launch work.

What does this mean for free agency?

Good news for fans is there will be hardly any wait at all for free agency this offseason. According to Marc Stein’s report, the NBA Draft is being held November 18th, with free agency following no more than 72 hours later.

That’s right, it’s going to be chaos. But that’s good for the NBA, whose 2020 season we practically slept through while their biggest games were on. No one cared, so maybe this helps a tad? They can no longer pretend they didn’t turn off more than half their audience with BLM gestures, meaning most of their fans aren’t coming back anyway. It doesn’t matter if the season-opener was Christmas Day or on Valentines Day, if people are turned off from the overall message.

Training camp starts Dec. 1st if all holds up, and that gave the Lakers just under 80 days to prepare. Not a whole lotta time, but honestly considering what we’ve all been through, who cares? If they want to sit out games to protect their bodies, then they can exercise that right. It might not matter for the ratings on Christmas this year if LeBron plays or not. 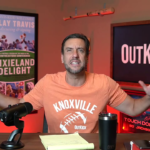 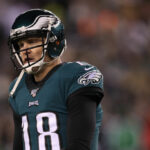