Tuesday, House Speaker Nancy Pelosi got into it with CNN anchorman Wolf Blitzer. As odd as it is to see a high-ranking Democrat exchange blows with CNN, that isn’t even the shocking part.

In the midst of her angry rebuttal, Pelosi accused CNN of being “an apologist for the Republican position.” Yes, that CNN. The network fronted by New York Governor Andrew Cuomo’s brother and partisan hack Don Lemon.

Before you spill your coffee reading this, join American airport viewers and watch this clip from CNN:

This truly is fantastic. Pelosi’s accusation is the equivalent of getting mad at LeBron James and asking him why he criticizes the Chinese Communist Party so often.

It’s such a shame that Jeff Zucker’s network never gives the left a fair shot to explain themselves.

Here is another highlight from the Republican apologist network last night:

Actually, I don’t care what party you support, never do that. Ever. 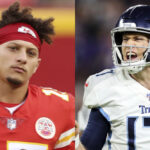 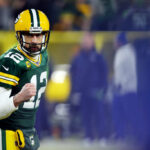