At 6-foot-2, 230-plus pounds, Najee Harris of the Alabama Crimson Tide is a running back capable of going through defenders. But as he has proven time and time again, he’s also a runner capable of going over defenders. The latest example of that came in the semifinal game against Notre Dame.

With his team leading 7-0 in the first quarter, Harris took a carry off the right tackle before breaking outside. Irish defense back Nick McCloud tried to tackle him. McCloud probably expected Harris to keep charging forward. What McCloud didn’t expect, however, was for Harris to go over him.

The result? You be the judge.

Most people have seen this play already. But most people don’t know that Harris has been hurdling would-be tacklers for his entire career, dating back to high school. It’s one of the reasons he was a five-star prospect coming out of Antioch (Calif.) High School in 2017.

So, how did we get here with Harris? What makes a bigger, power-styled running back want to go up and over defenders? Well, he got tired of being hit low in the open field, so he adjusted. 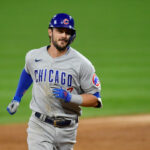 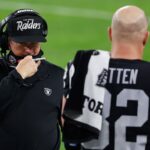