Arguing that the Notre Dame Fighting Irish and the leprechaun mascot is offensive to some Irish people so it should be changed is the wokest sports take on MSESPN of 2018.

Even the recently fired SC6 host Jemele Hill, wearing her camouflage Colin Kaepernick jacket to the premier of the movie Black Panther — really it happened — had to see this take, open her eyes, and think, “Damn, I just got woke dunked on by a white dude. I better argue the Miami Hurricane mascot is offensive to hurricane victims and has to be banned tomorrow.”

This morning a multi-millionaire ESPN host, someone the network has consistently promoted and rewarded for his woke political activism in the world of sports, actually said the Notre Dame Fighting Irish moniker and the leprechaun mascot, seriously the leprechaun mascot, needed to be banned because they were offensive to some Irish people.

Kellerman’s argument arose from a sea of stupidity that saw him argue he didn’t believe the recent Washington Post survey that found 90% of Native Americans weren’t offended by the Washington Redskins mascot because, and I’m not making this up, some people had given him feathers for opposing the nickname when he visited reservations.

Watch the segment for yourself, it’s the wokest MSESPN take of 2018 by far:

Here’s the relevant portion of Kellerman’s argument that I want you to focus on:

“How hard is it for you, or anyone, to empathize, simply empathize, with a group who is offended — even if it is a minority of the group that is offended… Many Irish-Americans are not offended, but many are. And should that (the Notre Dame Fighting Irish moniker and the leprechaun mascot) also change? The answer is yes, unequivocally yes. Pernicious, negative stereotypes of marginalized people that offend even some among them should be changed. It’s not that hard.”

This is an awful argument, but I want you to follow along as I deconstruct and destroy it sentence by sentence.

“How hard is it for you, or anyone, to empathize, simply empathize, with a group who is offended –“

First, it’s important to note that Kellerman isn’t asking anyone to actually empathize just here, he’s asking you to agree that the people with the substantial minority opinion are right. You can respect someone’s viewpoint and not believe their view is correct or that society should be changed to reflect that viewpoint.

But that’s not what Kellerman is actually seeking.

He’s beginning his argument as if it’s empathy he’s seeking when it reality it’s something much more — it’s acknowledgment from the vast majority that their opinion is wrong and unacceptable.

“even if it is a minority of the group that is offended.”

“Many Irish-Americans are not offended, but many are.”

It’s almost impossible to get 90% of people to agree on anything in this country. If 90% or more of people agree something is not offensive then it isn’t offensive.

Remember, the Irish played a game in Ireland recently and were received like heroes. Do you think the Irish people would have welcomed Notre Dame like heroes if they found the moniker Fighting Irish offensive or if the freaking leprechaun mascot was considered hateful?

“And should that (the Notre Dame Fighting Irish moniker and the leprechaun mascot) also change? The answer is yes, unequivocally yes. Pernicious, negative stereotypes of marginalized people that offend even some among them should be changed. It’s not that hard.”

And here we have it, the crux of his argument, if anyone, no matter how small the percentage is offended by anything, then that thing shouldn’t exist any more. Look at that, he specifically says, “even some.” So if two people are bothered by something it shouldn’t exist? Three people? One person? What’s the total number represented by even some?

Because here’s the deal — everything is offensive to someone in America today.

So if you allow a tiny and vocal minority to insist on changing things that a substantial majority have no issue with at all, what you do is create a constant cultural war with no end in sight.

It also leads to even more extreme and illogical outcomes. For instance, does Lucky Charms have to remove the leprechaun from its cereal boxes now? Under Kellerman’s logic, yes. After all, if the Notre Dame leprechaun is offensive to some Irish people then the cereal box leprechaun has to be offensive to some Irish people too, right? Somewhere there is a total loser Irish person in the grocery aisle right now STEAMING MAD OVER THAT CARTOON LEPRECHAUN!

And stupid arguments like this end up creating massive division in the country over issues that shouldn’t divide us. Like leprechauns and college football nicknames!

In particular, many people in the country who have no issue with the nickname or the mascot see the Fighting Irish and the leprechaun being challenged as offensive and ask a legitimate question — why does my opinion and the opinion of the vast majority of reasonable people not matter on this issue? Why are the left wing inmates running the sports asylum.

In a democracy everyone doesn’t get what they want all the time. A majority decides most substantial issues. Now, sometimes a democracy isn’t always equitable. (As my Constitutional Law professor used to say, “A democracy is two wolves and a sheep deciding what’s for dinner.”) When a democracy violates the law or leads to an untenable or unjustifiable legal result then the court system is there to redress the issue.

It may not be perfect, but it’s the best system of governance ever created and implemented in world history.

What’s happening with arguments like this one on MSESPN is far left liberalism has reached its logical end. Over the course of hundreds of years we have expanded the right to vote from rich white men who owned land and could read to every single citizen in the country, regardless of race, wealth, gender or sex or sexual orientation.

Those are noble goals and the left wing won those battles. There is not a single person with any political influence left in this country arguing that women or minorities shouldn’t be able to vote or that only rich white men who own land should have the franchise in this land.

But I think these victories have left modern day social justice warriors in this country with protest envy. They can’t march for civil rights and get sprayed by fire hoses from angry racists, they can’t advocate for women’s rights to own property or vote, they’re left with things like the Notre Dame Fighting Irish mascot and the leprechaun to combat.

And this argument is the logical extension, I think, of far left social justice warriordom mixing with sports — eventually you back yourself into an absurd corner and end up needing to argue that if anyone anywhere is upset by anything that it shouldn’t exist anymore.

And it ignores the fact that being offended is literally the easiest thing in the country to claim. It doesn’t require any tangible effort on the offended person’s part. Yet because of people like Kellerman, we’ve elevated the phrase, “I’m offended,” to a position of prominence. Every time someone tells me they’re offended by something my response is, “So the fuck what? I’m offended that you’re offended.”

And the offended person has no idea how to respond.

We’ve created a one way street of offense where only the offended person is allowed to be offended. Victimization culture is at its apex; the next time someone tells you they’re offended respond like I did and look at how quickly they shut up. They literally don’t understand that opinion is a two way street.

Yet it’s exactly where we are with woke sports coverage from MSESPN in 2018.

We’ve got multi-million dollar hosts promoted to top shows because of their left wing opinions arguing that leprechauns are offensive and need to be banned from college sports.

Yet here we are, arguing about stupid far left wing politics mixed with sports.

Because in the end there’s only one immutable truth –MSESPN gonna MSESPN, y’all. 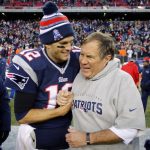