Michael Bennett is a lying, racebaiting fraud. Anyone with a functional brain knows this to be true if they paid attention to the lies he told about three minority policemen in Las Vegas this past summer. If you aren’t familiar with that story, I’d encourage you to go read this article.

Essentially Bennett hid and ran from Las Vegas police inside a casino after they responded to reports of a live gunman present. (This would, unfortunately, actually happen a month later with awful results). Bennett lied and said he was a victim of racism even though video clearly proved he was hiding from police officers, refusing their commands to stop, and attempting to flee a potential crime scene. Officers, understandably, detained Bennett for approximately ten minutes, before they could determine that he wasn’t a suspect in the shooting and released him.

It later turned out that when police released all the footage of the incident, including over 100 different camera angles of the incident, the three minority police officers, two Hispanic and a black guy, behaved admirably in a stressful situation and treated Bennett with abundant fairness.

Indeed, Bennett, who was out that night without even a driver’s license in his pocket, and told the police officers to identify him by looking up his picture on their phones after identifying himself as “Michael Bennett, Seattle Seahawks,” was probably even treated better than you or I would have been if we’d run from police and had no identification on us in that exact same situation.

Yet Bennett’s accusations of false racism were lead stories on ESPN, Fox, CBS, and NBC. But the moment his racism accusations were proven to be lies by a Las Vegas police investigation and the resulting camera footage of that night, something interesting happened — the story completely disappeared and virtually no media outlet ever mentioned the fake racism allegations again.

In fact, Bennett has never apologized for his false accusations and insults directed at the people on the Las Vegas police force and, remarkably, no one in the media has ever even asked him to explain himself.

Which brings us to last night on MSESPN.

On their latest episode of WokeCenter, MSESPN decided to further divide the races, genders and ethnicities who turn into their network to watch games or be entertained by sports news, with a woke sports spectacular about black athletes. The special was filmed in the Birmingham church that was bombed during the Civil Rights era and the network bent over backward to turn Colin Kaepernick into Martin Luther King, Jr. Seriously. That was the actual headline of the story that emerged from the show’s taping in Birmingham.

What’s next, Kim Jung Un winning the Nobel Peace Prize. (Maybe, if CNN and the New York Times get their wish. But that’s another story.)

This is the upside down world we live in these days, where MSESPN can analogize MLK and Kaepernick and everyone is just supposed to nod and accept that this is a legitimate comparison. Welcome to WokeCenter.

Kaepernick, who has compared police to modern day slave catchers, played football in socks depicting police as pigs, said that black people would be better treated in Cuba than America, and made tens of millions of dollars playing a game, is the cause du jour for woke spokes take artists like Jemele Hill. You’ll recall that Hill, who was recently fired from SportsCenter due to awful ratings but now gets to host occasional WokeCenter episodes so Al Sharpton won’t picket ESPN, has decided to make her entire career mixing far left wing politics and sports.

As part of the absurd special designed to further divide Americans from the police and further collapse ESPN’s ratings, Hill argued that white people were to blame for black people’s problems — despite the fact that 93% of all black people are killed by black people — and featured a beautiful essay from Michael Bennett. Bennett’s essay begins with the name Michael Brown, who a Barack Obama and Eric Holder led investigation determined was not actually a victim of police violence. In fact, an independent justice department investigation has determined that hands up, don’t shoot was actually a lie propagated on social media, but who cares about facts, right? Especially not when the eloquent race baiting liar Michael Bennett can lecture police about how they should treat minorities.

(If you want to really be entertained, read the comments to this Tweet. They’re phenomenal and prove to what extent the public is fed up with MSESPN’s fake news.)

Rather than deconstruct this “powerful letter” — was it written by a fourth grader? — let’s just focus on this massive detail –MSESPN put on an athlete who just six months ago was proven to have lied about racism and being mistreated by police and allowed him to lecture police on how they should treat minorities.

Not one person said this!

Because someone saying that would require ideological diversity. And MSESPN has none of that. They have a bunch of people who look different and think the same.

Michael Freaking Bennett had an essay on MSESPN’s WokeCenter last night lecturing police about how they should treat minorities.

Every police officer in America should be disgusted by this lack of respect and everyone with a functional brain should wonder how we’ve ended up here — with Michael Bennett as the voice of America and Colin Kaepernick as a modern day MLK.

But that’s par for the course at MSESPN, the wokest and most dishonest sports network in world history. 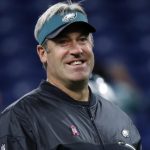