On Saturday millions of women — and men hoping those women would be more likely to sleep with them for marching too — marched to send an important message to our country’s leaders. That message was — DON’T TAKE OUR RIGHTS AWAY!

Considering Donald Trump isn’t going to take their rights away — indeed thanks to something called the courts, he can’t even if he wanted to — this march was akin to a bunch of Outkick readers rallying to oppose the reinstitution of slavery.

WE HATE SLAVERY MORE THAN YOU DO!

If you actually listen to Trump’s platform at his inaugural address — the part you can distinguish anyway — Trump is the most liberal Republican elected in this country since Teddy Roosevelt. Hell, he isn’t even a Republican.

But most people on the left wing are missing that because it’s more fun to be perpetually outraged.

And who are the kings of the perpetual outrage brigade in sports? Our friends at MSESPN.

Of course MSESPN, the most trusted source in left wing sports, couldn’t allow this women’s march to pass by without endorsing it. Seriously, I couldn’t believe it when I saw that ESPN sent out these Tweets. (There are many more of these Tweets if you want to click on the account. It’s stunning, really.)

MSESPN Made this decision despite the fact that a tiny percentage of ESPN’s audience is made up of liberal women and that sports fans are overwhelmingly conservative. It’s like ESPN has a death wish. At some point in the past two years, commencing with the Caitlyn Jenner ESPY, a network that once existed just for sports became yet another arm of liberal left wing propaganda.

And it’s not just me saying it either.

I’m actually speaking out on behalf of a substantial group of ESPN employees that are terrified to publicly say anything about the network’s left wing cheerleading. You would be stunned by the number of people who vote Republican at ESPN, many of whom you regularly see on air, and are terrified to even mention that fact for fear of career consequences. They contact me all the time and secretly thank me for speaking out on their behalf. And the wildest thing about this is I’m just a middle of the road guy, I just pass for right wing because sports media has become so far left wing. There’s lots of talk about the political media being left wing, but the sports media is WAY more left wing relative to its audience than the political media is.

Is that a healthy environment for our democracy? When millions of people, including some of the most talented people in our industry, live in fear of saying what they actually think about political issues for fear of losing their jobs? The left wing doesn’t understand it, but they are the reason Donald Trump got elected. It wasn’t racist Trump supporters — election data shows that in Wisconsin, Pennsylvania and Michigan, the three Big Ten states that Donald Trump flipped this year to win the election, Trump actually flipped Obama voters to his side — it was middle of the road people, voters who supported Obama but switched to Trump, fed up with the left wing’s intolerance of ideas or thoughts or Tweets or Facebook posts that aren’t also left wing. That’s what won the election for Trump.

In an amazing about face, the left wing has become intolerant of the first amendment. Amazingly, ESPN, which used to be many people’s respite from politics, has fallen victim to this same liberal echo chamber as well. Only one opinion is allowed or you’re racist, sexist, insert the -ist of your choice.

Did you know that 42% of all women voted for Donald Trump in this country? How do you think they reacted when a website designed to promote women in sports is rallying left wing protesters instead? I didn’t see any similar Tweets seeking women’s stories from the Trump inauguration. And what the hell is ESPN thinking alienating the majority of its audience with left wing politics that don’t reflect the political views of sports fans? It’s like the company, which has recently lost ten million subscribers, is hell bent on destroying itself.

I guess I should say thanks because the audience they lose increasingly comes to Outkick, which in a few short years has become the most trusted source in sports media. (And we’re still the best at dick jokes. Which is a hell of a combo, honestly.)

The women’s march was a broken gathering led by a bedraggled cast of leftist losers in pink hats who are desperately searching for a reason for social justice warriors to still exist even when there is none. Stop with your Roe v. Wade arguments. First, Roe v. Wade isn’t being overturned. And if it were overturned, individual states would still be able to allow abortions. Abortion, meanwhile, continues to decline each year — 2016 saw the fewest abortions of any year since 1973 — because birth control is becoming more effective and widely available. (For the record, I’m pro choice. But the histrionics over abortion in this country are hopelessly outdated.) Second, if Roe v. Wade were ever overturned do you know who would really be to blame? Probably Ruth Bader Ginsburg since the 83 year old multiple cancer surviver and oldest Supreme Court justice eschewed fervent pleas to step down and allow her seat to be replaced by another liberal jurist during Barack Obama’s two terms. Given her age and less than stellar health she’s now is in danger of being replaced by a conservative jurist during Trump’s term.

So if you’re a left winger and you want to march against someone for endangering reproductive rights, you should march against Ruth Bader Ginsburg, not Donald Trump.

These marches and social justice fights are getting increasingly pathetic. The left wing has moved so far left that its biggest battles in this country are over bathroom bills for transgender people. That’s despite the fact that there has been no issue with people using whichever bathroom they want to use for multiple generations all over this country.

The left has what I like to call, protest envy.

They’re so envious of the times when legitimate wrongs existed in this country that they’re desperately thirsty for controversy. To wit, we’ve got millions of people who spent their Saturday marching not to combat any actual rights issues, but just to let you know that if there are rights issues that arise in the future they’re going to be there to ensure that their rights remain there.

If you really want to fight for women’s rights, the United States shouldn’t be your battlefield. Women are free and equal here. Travel overseas and start fighting in countries where women really don’t have rights. But, you know, that’s dangerous. Bad things might happen to you there. If you’re a protester and you aren’t risking your life or your liberty, guess what, you aren’t really a protester. You’re just someone who wants a good selfie background for social media.

The simple truth is this, there isn’t anything worth protesting in America today. America has never been freer and less dangerous for women. In fact, no women have ever been safer and had more rights in the history of the human race than women in America today.

We’ve reached the point in time where tolerance has reached its legal limit in American life.

Transgender people choosing their own sex? Okay, I’m fine with it.

So are most people.

Polygamist marital rights? (I’m actually fine with this too if you can afford to support multiple spouses. See, I’m a radical moderate. If you’re a consenting adult, you can do anything you damn well please). The point is pretty simple, there are no great progressive battles left to fight in America today. So with the stakes less significant the battles have somehow become more intense.

Guys and girls, do y’all realize that we just had millions of people show up for a protest to make you aware that YOU WEREN’T GOING TO TAKE THE RIGHTS THEY ALREADY HAVE.

And that the left wing, including ESPN, actually praised these protesters for their bravery? Holy shit, this is the participation trophy of protest marches.

Hell, if I were Donald Trump, I’d call a press conference today and say this:

“I appreciate the women’s protesters who marched on Saturday. In one day on the job I mobilized more women to get out and exercise than Michelle Obama did in eight years. But that’s not good enough. I was so motivated by this women’s march that I instructed my staff to scour all federal legislation to find any laws that treat men and women differently. Our goal was simple, ensure complete equality between the sexes and in our country.

And do you know what we found? Those women were right. We found some laws that aren’t treating everyone equally.

To that end I am forwarding legislation to Congress today that will end a decades long requirement that only men register for the draft at the age of 18. Henceforth all women will be eligible for the draft as well and they will be required to register at the age of 18 too. Furthermore, I have also instructed my staff to forward legislation to Congress removing all affirmative action in federal spending bills. Henceforth we will not be allowing people to receive preferential treatment based on the color of their skin. That’s called racism.

Thank you to the women’s marchers for bringing these important issues to my attention and allowing me to help make America great again.” 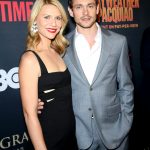