ESPN pays $2 billion a year to the NFL for Monday Night Football, one wild card playoff game — which it also simulcasts on ABC — and the right to use NFL highlights on ESPN shows and networks. Breaking it down on a per capita basis that means every person with ESPN on a cable or satellite subscription in America, roughly 86 million people according to recent Nielsen estimates, pays $23.25 a year for Monday Night Football and NFL highlights.

That sounds like a lot of money, but you know what’s even crazier. The vast majority of cable and satellite subscribers don’t watch Monday Night Football.

In fact, how many of those subscribers are watching every week?

As if that weren’t enough, Monday Night Football hit an all time ratings low this year on ESPN.

ESPN also wrapped up 2017 averaging 10.8 million viewers for “Monday Night Football,” which is the package’s lowest figure on record. ESPN’s previous low was 11.2 million in 2007. More in SBD tomorrow.

Here’s the past ten years of ESPN viewership on Monday Night Football.

I’m not an expert on ratings data, but based on these numbers ESPN has lost around 35% of its Monday Night Football audience since 2010.

As if that weren’t enough, ESPN has also let it be known that they may not be keeping Monday Night Football when this deal expires because the company can no longer afford to pay $2 billion a year thanks to collapsing subscriber numbers, increased costs for other sports programming, and the dwindling ratings on their network.

And at least one of their top talents didn’t call Donald Trump a white supremacist again. 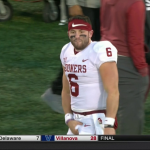 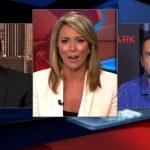