Before today’s Monday doubleheader, Chiefs-Bills and Cowboys-Cardinals, sign up for the FanDuel Sportsbook here.

Let’s look at the best bets:

Last week, I saw this line and thought it’d for sure be bet down. It wasn’t.

The Bills shouldn’t be 5.5 underdogs at home against any team.

As I’ve been saying, and no one else will, Kansas City has just been okay this season.

This afternoon, the rain is going to be a factor, which strongly favors the Bills’ style of play. A wet football is a win for defenses and running attacks. Kansas City struggles in both areas. Buffalo does not.

Andy Dalton isn’t Dak Prescott, but he is a serviceable starter. Dallas’ weapons are too much for an Arizona defense moving in the wrong direction.

Tonight, Dalton impresses with not two but three touchdowns.

Arizona has issues on both sides, and the Cowboys are riding an emotional high after last week. Mike McCarthy is a horrible coach though. 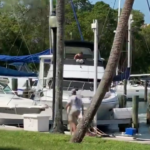 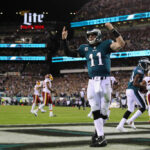