The running joke in my household is that our four-year-old, 34-pound son is going to be in a car booster seat until he’s in junior high because he’s such a little guy and my wife likes to rattle off the state car seat regulations. The good news is that he’s put on a couple pounds since his birthday in January and seems to be crushing lunch and dinner more than six months ago.

To say I was rattled when the story of the mother who pumped out a 14-pound baby boy crossed my social media feed would be an understatement. TikTok mom @shans1588 is gaining viral steam via a video where she talks about her 14-pounder. The video is at 30 million views and climbing. 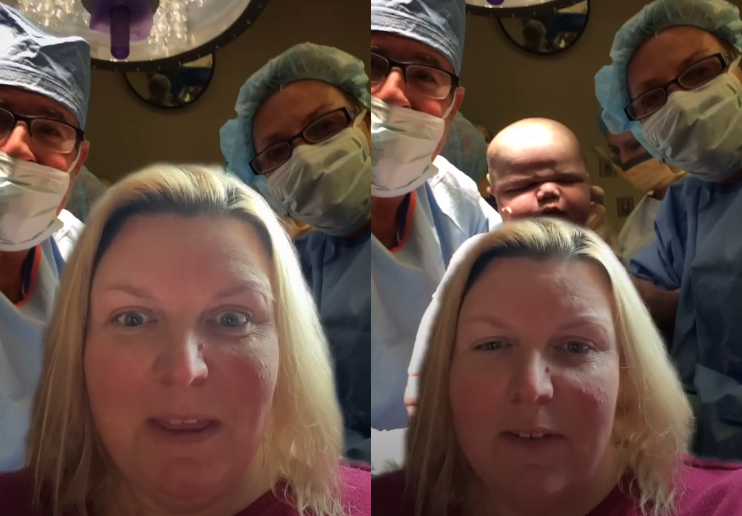 “Yes, I gave birth to a toddler,” she added, also noting her boy had to spend 11 days in the (NICU) and was “the biggest baby in there.” Uh, you think, mom?

I’m not sure my son was 14 pounds when he turned one. Meanwhile, this giant baby came into the world dunking on those toddler basketball hoops kids normally get when they turn one.

Look at the head on this bruiser!

According to the Guinness Book of World Records, one of the biggest babies on the books born by C-section is a 16-pounder born in 2005 to a mother in Salvador, Brazil. A 22-pound, 8-ounce baby boy was born in 1955 to a mother in Italy and an Ohio mother gave birth to a 22-pounder in 1879.

In other words, @shans1588’s son is in a whole different ballgame from the rest of the kids out there. And there’s nothing wrong with that. He’s just a unit. The weird part would be lugging this big boy around all day. It would be hard not to tell him to get up and walk on his own. Meanwhile, he’s like three weeks old and absolutely massive laying there taking dumps in his pants.

As for a sports angle, you have to figure Nick Saban has someone on his staff tracking the 14-pound unit to see if he ends up hitting the field as a left tackle at four.