MLS teams FC Dallas and Nashville SC decided to take a knee during the national anthem before a match Wednesday night in Dallas and were met with boos from fans at Toyota Stadium. According to the Dallas Morning News, “one fan threw a water bottle at the players and was reportedly escorted out,” while others booed as the players from both teams were on a knee.

FC Dallas defender Reggie Cannon says players had requested for the anthem not be played, but that didn’t happen. So players took the knee and the boos started. “You’ve got fans booing you for people taking a stand in what they believe in when millions of other people support this cause,” Cannon said after the match via a Zoom press conference. “We’ve got fans booing us in our own stadium. How disgraceful is that. Honestly, for a lack of a better word, it pissed me off.”

As for the match itself, Nashville won 1-0.

FC Dallas defender Reggie Cannon said he was left ‘disgusted’ after players and officials were booed while kneeling during the national anthem ahead of their match with Nashville.

National anthem plays, all players and refs are kneeling: pic.twitter.com/WGwHCBjdiW 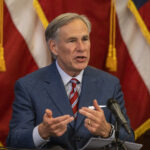 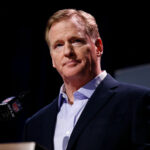