Major League Baseball has officially reached an agreement on playing in a neutral zone postseason bubble. The American League will host their games in both San Diego and Los Angeles, while the National League heads to Houston and Arlington. The race for a chance to play the World Series in the Rangers home ballpark is on!

The 2020 @MLB Postseason will begin with the AL Wild Card Series on Tuesday, 9/29, while Game One of the 2020 World Series at Globe Life Field in Arlington, Texas will be played on Tuesday, 10/20. pic.twitter.com/KSzWMSAcBk

No mention of fans being in attendance, but we shouldn’t have to wait too long for a resolution on that. Not like MLB owners have business reasons to keep us out the ballpark, so we can expect some urgency there.

One solid update from the agreement everyone will love: No off days during wild-card rounds, Division Series, and League Championships series. Was always irritating to watch an exhilarating Friday night game then to sit on our thumbs Saturday. This provides a much more enjoyable flow to the sport when it’s supposed to be growing most.

Official announcement. No off-days during wild-card round, Division Series and League Championship Series. Will be played straight through. pic.twitter.com/M1ViE3ZUEP

Players mentioned for months their need to see family and the league came through with some answers.

Under MLB/PA agreement, families will be permitted to quarantine with players on contenders for seven days leading into the postseason, then remain together for entirety of playoff run, sources tell The Athletic. Families who choose that option will be considered part of bubble.

Per sources, families of players also will have option to enter bubble prior to later series. Families of managers and coaches not covered by MLB/PA deal – not enough capacity in hotels for them initially, but will be as field narrows. All inside bubbles will be tested daily.

Now that players have a clear avenue to see family, there’s no question these bubbles are the place to be. Can’t think of a safer spot to keep your family than an isolated facility with daily testing. A great day for the sport to finally put any worries of postseason COVID delays to bed.

Get us fans, then PLAY BALL! 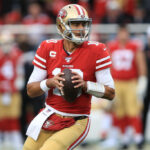 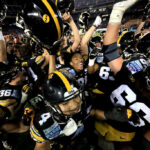