For the past couple weeks, there has been a lot of optimism in the direction of MLB reopening Spring Training in June and the regular season in July. This is going to be a complicated arrangement logistically and to some extent it’s understandable for it to take some time to dot the i’s and cross the t’s on all the safety protocols. However, if the return gets held up over money, it would be a complete disaster for the sport.

I bring this scenario up because last night veteran baseball reporter Jon Heyman dropped this tweet about how “something has to give” with regards to how the money gets sliced up:

Owners will seek less than prorated pay for players, and in fact are adamant they will not pay prorated $, saying losses would be too steep. One possible proposal: a 50/50 revenue split. Players side’s been adamant about prorated $ (half pay for 81 games). Something has to give.

I am normally very pro player in compensation scenarios, but this is a time I will actually side with owners. The gate is a massive part of the revenue in MLB — as high as 40 to 50 percent, per The Athletic — and these player contracts were signed with that monetization in mind. A situation where the owners have to pay the players a full prorated portion of games played, while collecting money from only TV and not tickets, concessions, and in-stadium merch sales may not even be worth it. If the owners thus decided to cancel the season on those grounds, the players would get nothing.

For example, take Mike Trout and the Angels. They were set to have a payroll of about $180 million this season. Trout was slated to earn $37.7 million. Thus, Trout would receive about 21 percent of the revenue the Angels players earn in this shortened, presumably gate-less season (and 10.5 percent of what the Angels take in in total). If this scenario were to happen, though, MLB owners would have to be willing to open their books.

If this “something has to give” situation is one where the players are posturing for what will ultimately be the best deal for them, that’s honestly fine, and I do have some optimism that’s the case. Over the weekend, WSJ baseball reporter Jared Diamond tweeted these sentiments:

Will it finish without a hitch? No clue.

Nonetheless, on the financial issues, Diamond writes today that “at the moment, neither side seems prepared to budge.” An expanded playoffs could cover part of the shortfall from relinquishing the gate, but it’s hard to see that being enough. With the games that get canceled, that money’s never coming back for either side. As we’ve written, if the MLB and/or NBA don’t return, there would be dire financial consequences across the whole chain of players, owners, and the TV business.

Hopefully, this can all be sorted out in the next couple weeks, because MLB has a golden opportunity right now to recoup some of the national relevance that has been waning for at least 20 years and arguably since the 1994 strike. The NBA looks like it is going to take a little bit longer to return than MLB, and MLB would thus have July to itself as far as major team sports on TV are concerned. If they mess this up over money they deserve a lot of scorn and indignation. 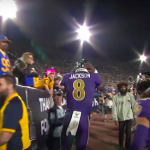