For weeks we’ve been hearing murmurs that MLB is fixated on reopening. The best news yet for baseball fans comes from ESPN’s Jeff Passan, who reported Wednesday night that clubs are reaching out to players informing them to “ramp up” for a second Spring Training in mid June and Opening Day in early July. The owners will have a proposal to the players “within a week.”

One of the big hurdles — setting up a quarantine hub in Arizona and/or several other cities — seems to have been cleared as MLB now reportedly hopes to host games in teams’ home stadiums. However, a couple obstacles remain, namely figuring out the money and what to do in contingencies such as if there’s an outbreak in an MLB city, what to do if a player or staffer tests positive, and what the options are for individual players who do not wish to play either due to health risks or desire to spend time with their families during this time.

With regards to money, it’s not quite as simple as paying players a proportion of their salaries based just on how many games are played. While the money from national and regional TV deals is certainly substantial enough to warrant playing in empty stadiums, the gate is important in baseball and the owners are going to be losing all that ticket, concession, and in-stadium merchandise money. Thankfully, Passan says that this is a lower hurdle than the other two, so hopefully the union and owners don’t let the money cause too much of a blockage. If the money is a hold-up, I vow to send some harshly worded tweets.

Super-agent Scott Boras addressed health concerns Wednesday morning on Get Up. “[Coronavirus] has a dramatic impact on those of higher ages and people with underlying medical conditions,” Boras said. “Fortunately, the athletes of baseball, those parameters carry much, much less risk with this. We looked at the hospitalization rates of people of this age group without underlying medical conditions. We’ve looked at mortality rates, both where they’d play in Spring Training — in those states, one of the epidemiologists from UC-Berkeley pointed out about being locally observant and appropriate as to how we treat this virus. Certainly those in Florida and Arizona — and frankly in many states the mortality rates are much lower now than they are in the northeast — so when you look at that and the risk related to the players I think they’re much more comfortable now with returning.”

The possibility of there being a new outbreak or spike in an MLB city is certainly a concern, and I’m intellectually fascinated to learn how the league would handle that scenario given that stars like Mike Trout and Clayton Kershaw have opposed the idea of quarantine baseball away from their families. I have no idea how MLB would handle a Rudy Gobert situation either. If it were limited to one player or team official maybe they’d power through it but if several players on a team tested positive it would become a very precarious situation.

MLB — and the NBA — should be looking at how AEW and UFC are handling testing. AEW, the upstart wrestling promotion helmed by Tony Khan of the Jacksonville Jaguars’ ownership family, announced that they tested all wrestlers and production staffers before returning to live taping Wednesday night. An official for UFC, which is returning Saturday night, told John Ourand from Sports Business Journal they have over 1,200 tests on-hand.

I keep coming back to Scott Boras being for this. I’ve had faith since early April when he advocated for a full or nearly full season with the World Series on Christmas that there would be a way for MLB to return. Yes, he’s self-interested given the considerable commissions he’d lose if the season is canceled, but his being so vocal about this makes me believe it’s the preference of a solid majority of the players.

We should all get together and pray to our preferred deities that there are no setbacks to this ambitious plan. 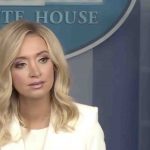