Major League Baseball has officially announced the MVP awards for both leagues. White Sox first baseman Jose Abreu took it home in the American League, while Braves first baseman Freddie Freeman did it in the National League.

Is anyone surprised? 😏 Your 2020 MVPs! pic.twitter.com/wiFDIHTIJe

With a .317 batting average, 19 homers and 60 RBIs, Jose Abreu is an easy choice. He was baseball’s best hitter of 2020. In the age of strikeouts and walks, this White Sox slugger stood out with his ability to make contact. He had just 59 strikeouts in 262 plate appearances.

Old school fans that grew up watching pure hitters are in heaven watching Abreu. It’s refreshing to see a player rewarded for getting hits other than homers.

Abreu was excited to say the least when he found out he won the award:

Jose Abreu breaks down in tears after winning AL MVP. Later points to picture of his grandmother and says “she was my life.” Great moment for a great player. Congratulations Jose! pic.twitter.com/uTWd52EEdQ

Any MVP who beats out Mike Trout must’ve had one heck of a season. Jose Abreu was more than deserving. He led the Chicago White Sox to tie for second place in the AL Central division, despite unfortunate injury luck this season. The White Sox should scare everyone in 2021.

With 13, Freeman may have fewer homers than Abreu, but his .341 batting average is special this day and age. Ronald Acuna Jr. gets all the attention for his entertaining style of play, but Freeman provides Atlanta with consistency. It’s encouraging to see a player be recognized when he has done next to nothing to promote himself. Freeman talks with his bat and his glove.

Congrats to the National League MVP….my man @FreddieFreeman5 . Never a doubt. Knew u could do it….just a matter of time! Now go do it again in 21. Love ya bro!

Freeman is in his 11th season with Atlanta, which make us wonder: where was the Freddie Freeman praise all this time? We’re glad people finally gave him his due. Congratulations to him on an incredible honor. 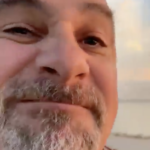 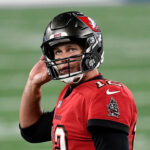