Baseball is about tradition. They do the same things today that they did 100 years ago. The game has stood the test of time. It is a marathon, not a sprint.

I’m trying to think of all the dumb things baseball people think, the stubbornness that has kept the national pastime the way it is, which is to say: Boring beyond belief.

The truth is that baseball has stumbled onto the right thing here during the pandemic, a much-needed reset and refresh button for a sport that tends to celebrate being stuck in the past.

Today is going to be the best day in baseball history, certainly the most fun. Eight playoff games, with another one starting each hour all day long.

Baseball will become the NCAA Tournament, with an energy and pace the sport simply never has. Think of the possibilities for the future: September (or October) Madness. Office brackets. Gambling.

Tuesday was the first day of the playoffs, with four games in a row. It felt like the play-in day. It was a warmup act. And all of the games were interesting.

The White Sox’ Lucas Giolito almost threw a perfect game and Jose Abreu hit a homer. The Yankees’ Gerrit Cole struck out 13. The Astros came through and the Twins lost their 17th straight postseason game.

Did you see? The cardboard-cutout fans were going crazy!

All sports struggled to figure out how to survive in a COVID world. The NBA was credited right away with doing it best, putting everything in a bubble to keep them safe. On second thought. . .

Baseball did it best, actually improving their game. And I’d give baseball owners and commissioner Rob Manfred all the credit in the world if I didn’t think they did it accidentally.

It’s amazing that baseball even got to this day. The season barely survived the first two weeks.

Everyone should be looking at ways during the pandemic to throw out the old and start over better. It’s a great opportunity to grow something from a terrible situation.

Baseball not only found a way to survive, but also fixed so many of its problems. And that’s not just about the postseason. The sport should keep almost every change it added for the regular season, too.

“If I had to handicap them, I think I would say that the extra-inning rule probably has the best chance of surviving,’’ Manfred told Jon Heyman and Tony Gwynn Jr. of the “Big Time Baseball’’ podcast. “I think most people came to realize that the rule adds a layer of strategy and sort of a focus at the end of the game. . .’’

“I think the worst chance is probably (the) seven-inning game. I hope we’re all back in a world where nine-inning games make sense for us again.’’

Noooo. Nine-inning games make sense, but seven-inning games don’t? Why do baseball people talk like that? It’s just a game. All of your original rules were just made up in the first place. They did not come down from the mountaintop.

The 60-game season instead of 162? Yes. It makes every game matter and you don’t have to wait a month to figure out if your team is slumping. Sometimes baseball doesn’t feel like a marathon, but instead 162 marathons back-to-back-to-back. Maybe baseball should play two mini-seasons like that, 60 or 80 games, take the winners of each half and put them into September Madness.

Baseball only came up with seven-inning doubleheaders after the Marlins’ and Cardinals’ seasons had to be shut down temporarily because of COVID. They had to find some way for those teams to make up lost games. But the short doubleheaders are fast-paced and change a team’s trajectory in one day.

Starting extra innings with a guy on second base? Huge improvement. Extra inning games usually seem eternal. Nothing happens because the players are tired and bored and just want to go home. By putting a runner on second, things are already happening.

Please baseball traditionalists: Do not consider this year an aberration. The past was great in the past. Change is good. Seven-inning doubleheaders are not a threat to your game’s integrity. The extra-inning rule does not tear at the fabric of American history.

Nobody has ever used the word “Madness’’ to describe baseball before. 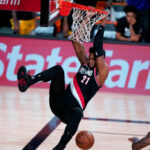 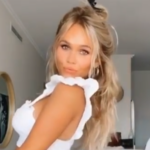