After Justin Turner tested positive for COVID-19 and nonetheless celebrated winning the World Series with his Dodgers teammates, MLB issued a statement that made it appear as though they were going to hammer him with discipline.

However, MLB, Turner, and the Dodgers have all issued statements this afternoon taking responsibility for the situation. MLB’s statement from commissioner Rob Manfred considers the matter closed, and it does not appear as though there will be any discipline from the matter: 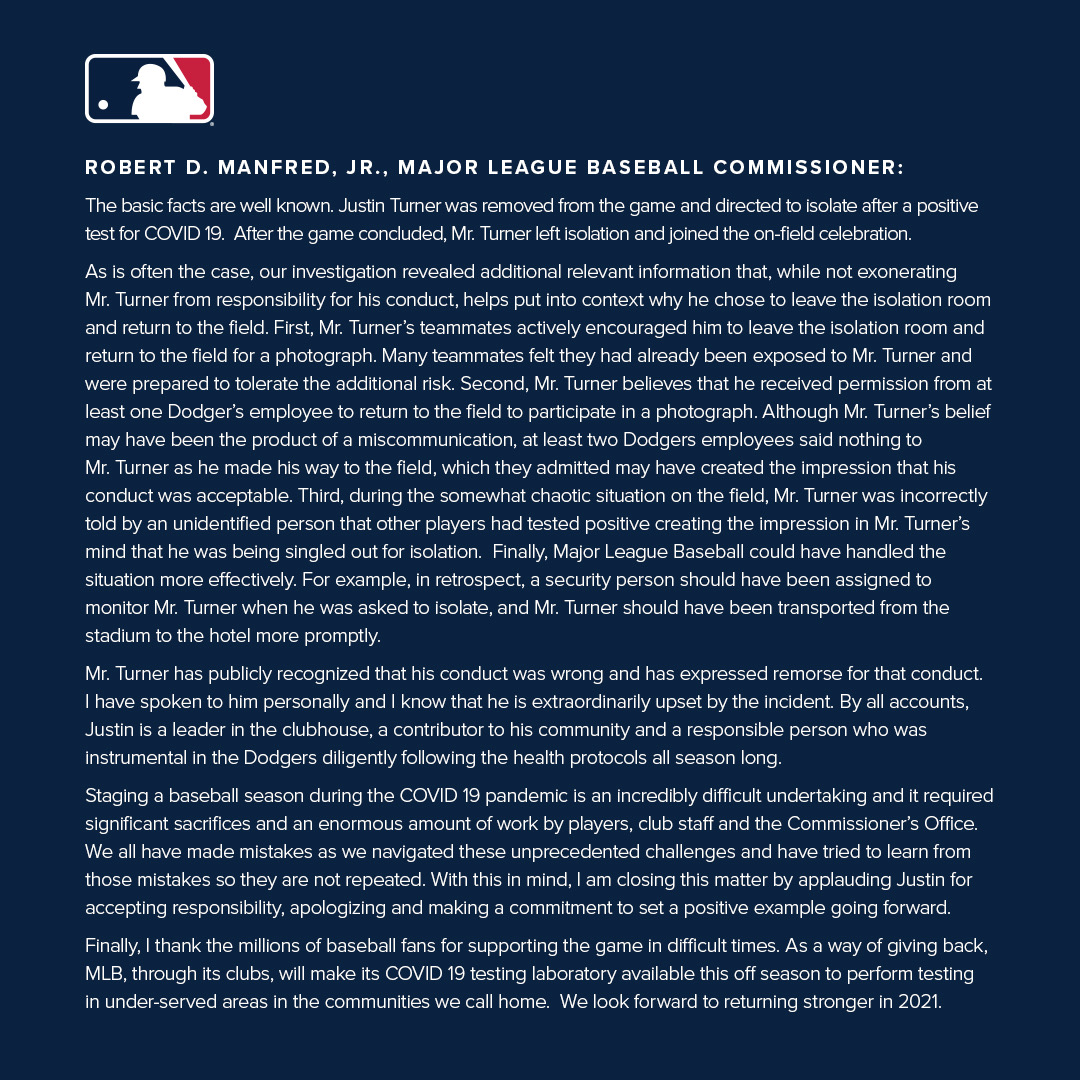 The key to MLB’s statement is that Turner was “actively encouraged” by his teammates to return to the field, and that they were willing to bear the risk. Further, Manfred accepts some responsibility on the part of MLB.

Here is the statement from Turner: 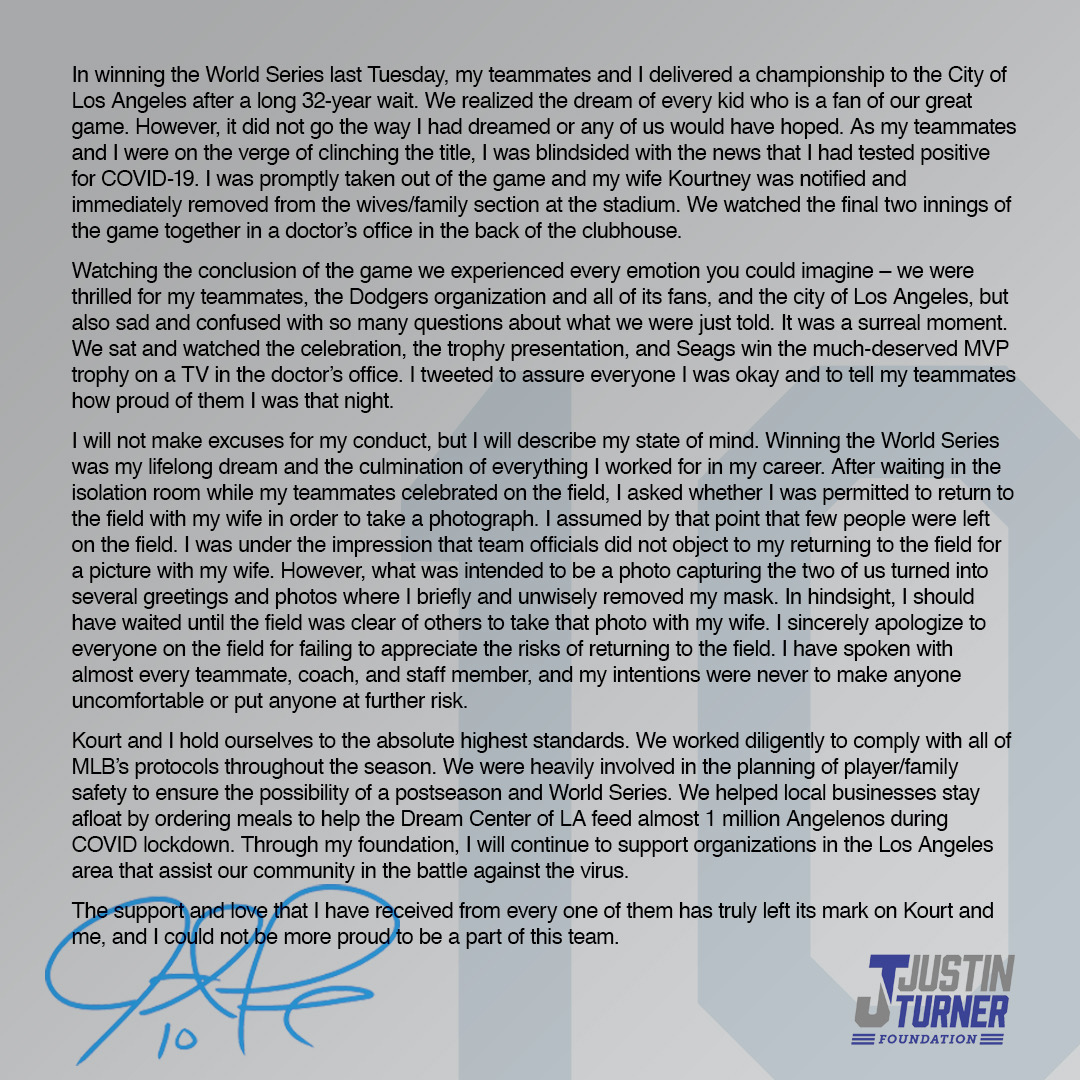 And here is the statement from the Dodgers: 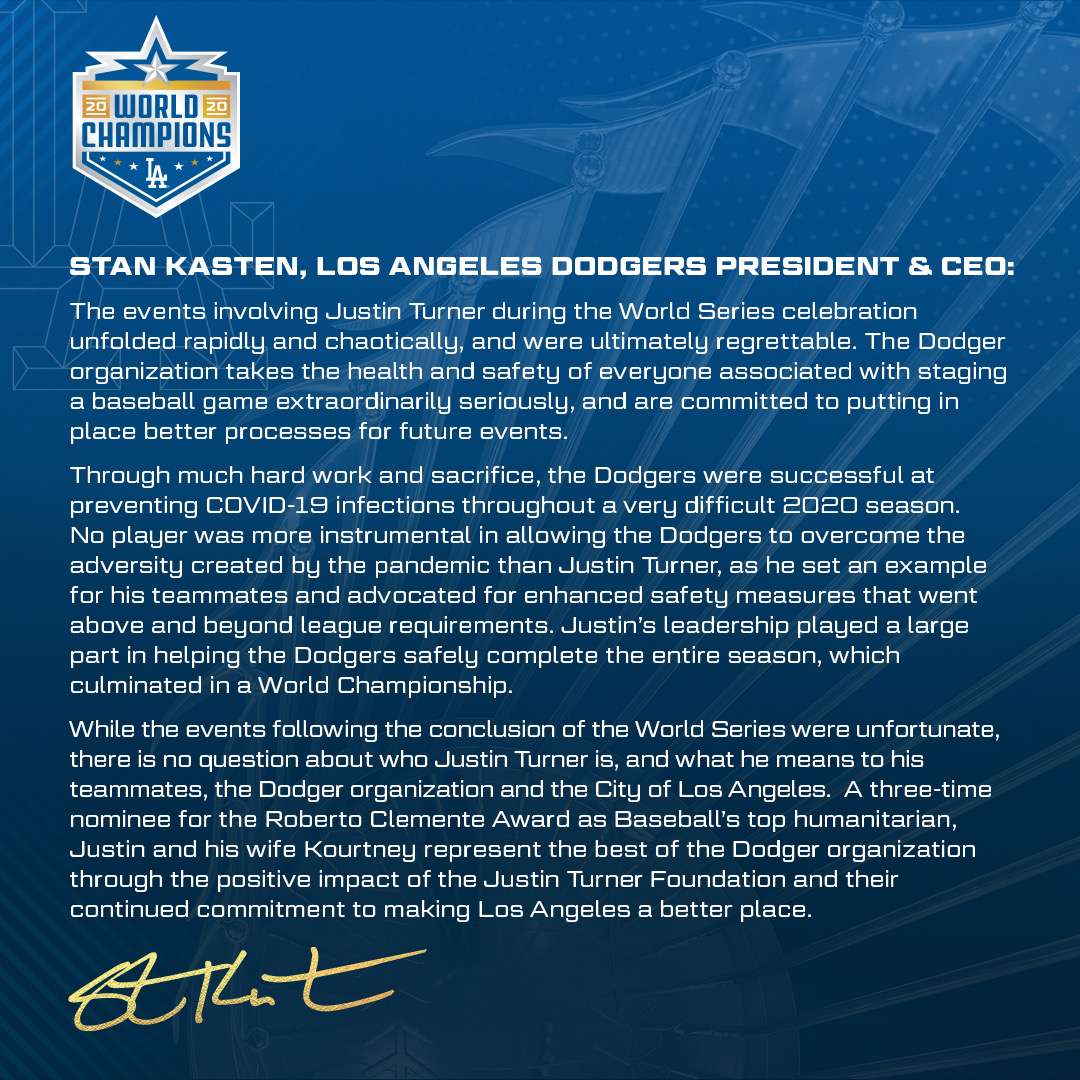 Between this announcement and the Alex Cora Red Sox announcement, MLB is getting all of its potentially negative publicity out of the way on a Friday when the election might be called for Joe Biden.