Major League Baseball officially announced that 10,550 fans will be in the stands for the NLCS and World Series, along with 950 in suites. Baseball is FINALLY ditching the social media hysteria to follow recent CDC data! Science indicates we can start getting back to normalcy, so fans returning makes all the sense in the world.

MLB just announced fans will be in the seats for the NLCS and World Series in Arlington.

Approximately 11,500 tickets will be available for each game, with 10,550 fans spread throughout the ballpark and 950 in suites.

Baseball’s leadership has been largely criticized in 2020, but now is a time to give them their flowers. Filling the stands at roughly 25% will still draw criticism from people that don’t like sports and they should be ignored. People want to project their fears into baseball taking necessary action and they finally broke free. Real sports fans have been asking to consult science to make a decision and this is where science led.

What about the ALCS in California?

State guidelines are not expected to permit fans because of strict protocols regarding COVID. We knew we could always count on California to strip the fans of their rights to enjoy a baseball game. Those tickets for the NLCS and World Series got even more expensive the second the ALCS declared fans weren’t happening.

The cardboard cutout-era hasn’t been that bad from a TV experience standpoint, but our society desperately misses live events. Nothing sounds better than wasting $10 on a medium Pepsi and hope we can get our hands on those tickets ourselves! 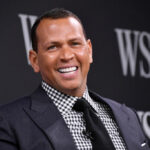 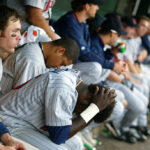