For much of the final two weeks of May, we kept hearing that the MLB and MLBPA were probably just posturing and that surely they’d reach a deal by or at least around June 1st. Well, now it’s June 5th, and not only have they still not struck an agreement, but they’re still sending shots at each other through the media.

After the latest round of Let’s Not Make A Deal, the MLBPA sent out the following statement:

We’ve said this a number of times but it bears repeating. There are millions of Americans out of work, the coronavirus has killed over 100,000, and our cities are having widespread protests in the streets. Meanwhile, baseball is over here squabbling about money and they don’t have the decency or even self-awareness to do it in PRIVATE.

With the NBA not returning until July 31st and the NHL on a path to return that probably won’t see actual hockey games until late July at the earliest, MLB is over here squandering the opportunity to have virtually the entire month of July to themselves at a time where Americans are more starved for live team sports than ever before.

I’m not gonna sit here and threaten to not watch games when they do ultimately return. That would be a blatant lie, but baseball is really shooting themselves in the face by being so stupid about how they go about resuming play. 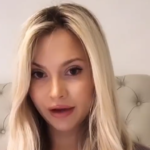 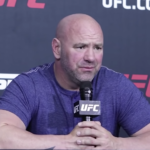