Bears head coach Matt Nagy has officially named quarterback Mitch Trubisky the starter for their matchup with the Packers this Sunday evening. The announcement comes after Nick Foles missed back-to-back practices with injuries to his hip and glute. At this point, Trubisky seems like the best option at QB1 anyway, so maybe this is a blessing in disguise?

Foles hasn’t been that great this year, and that’s largely why the Bears are sitting at .500. He’s thrown 10 touchdowns, but unfortunately he’s also thrown nearly as many interceptions (8). If the Bears want to make any noise this year, they’ll need to find more consistent play from their quarterback. It stinks that it took a Nick Foles injury to give Trubisky another shot, but that’s the way it is.

Without Foles in the picture this weekend, Mitch Trubisky will be back on center stage against the Packers with no realistic back-up options. Maybe this is what Trubisky needs to prove that he’s the player Chicago thought they drafted?

We sure hope he comes through this weekend because it’s getting tough to watch Chicago. 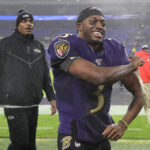 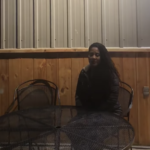