Very funny, football gods. Good one. Patrick Mahomes vs. Deshaun Watson. That’s how the NFL season starts Thursday night with the Chiefs vs. the Texans. Really? With the two highest-paid NFL quarterbacks of all time? The future of the game?

Yes, Chicago Bears fans get it. We can already see this as one of the great sports trivia questions: Three quarterbacks were taken in the first round of the 2017 NFL draft. Mahomes, Watson and who was the other guy?

The Bears traded up that year to get the second pick of the draft, passed on Mahomes and Watson and took Mitch “The Other Guy’’ Trubisky. The good news for Bears fans is that Trubisky said Wednesday he has found his confidence now. Just in time for Sunday’s season opener at Detroit.

Here’s to hoping he has finally memorized the playbook, too. And learned how to read a defense.

But this isn’t to rip into Trubisky. There is no point to that. It’s to explain how the Bears haven’t actually had a quarterback in more than 30 years, roughly the same amount of time archenemy Green Bay has had Aaron Rodgers or Brett Favre.

It’s just baffling how the Bears never have a quarterback. But when you see how the Bears are run, it comes into focus how they could be where they are today, with Trubisky inexplicably as the starter again.

Jay Cutler, Kyle Orton, Rex Grossman. These are some of the most-recent non-quarterbacks the Bears have had.

Anyone who has paid attention to the Bears knew that Trubisky was going to beat out Foles. Bears general manager Ryan Pace needed Trubisky to start so he could continue to try to justify how on earth he’s still the GM.

Pace was brought in six years ago to fix the franchise’s historical quarterback problem. I said the Bears haven’t had a QB in 30 years, but really if you take away a few years of Jim McMahon in the 1980s, they haven’t had one since Sid Luckman, who also was the second pick in the first round of the draft…in 1939.

Pace has tied his career, and coach Matt Nagy’s, to Trubisky. It’s pretty clear that Nagy has no say in the matter.

Six years to fix a quarterback problem has ended up with The Other Guy. Trubisky is Chicago’s own Sam Bowie, who is the answer to the trivia question: Who was taken in the NBA draft just ahead of Michael Jordan?

The idea of the three of them in one photo to show the great things that came from first-round quarterbacks of the 2017 draft. . .Wow.

“The comparisons are out there and they are never going to stop,’’ Trubisky told ESPN.com late last year. “It’s kind of me, Pat and Deshaun. . .But there are no do-overs. We are where we are.’’

Here’s another group of three in sports history that accomplished great things: Serena Williams, Roger Federer and I have combined to win 43 major tennis championships.

Pace took The Other Guy, and the Bears are still pushing the idea that his development is just slower than most because he didn’t play much in college.

Mahomes and Watson were getting whopping new deals this offseason while the Bears declined to pick up the fifth-year option on Trubisky’s contract. That’s not the greatest sign of confidence for a fourth-year quarterback. Then, Pace traded a fourth-round pick to get Foles, who got  $21 million guaranteed.

Call that a $21 million smokescreen. To let Foles start ahead of Trubisky would be to admit that six years in Pace still hasn’t gotten a quarterback yet.

Bears management is saying that there’s a different vibe to Trubisky this year, that you can just feel it when you see him. And Trubisky said that having Foles around made him take a good look at himself.

“I think I just found my confidence this offseason when I figured out it was going to be a competition,’’ he told reporters the other day. “I mean, something had to change from last year to this year. I think it was getting healthy. How I trained this offseason, how I approached it mentally, just talking to my support cast and family and friends and reaching out for advice. . .There’s going to be no regrets.’’

Even Trubisky is trying to talk himself into believing in him. 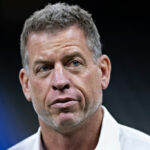 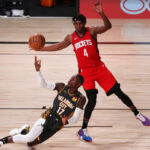