You never know when some guy is going to come along in college football and emerge from “who dat?” to “household name.”

This week’s candidate is Connor Bazelak, the Missouri quarterback who led the Tigers to a 45-41 victory over LSU, the defending national champions.

Bazelak, a redshirt freshman, completed 29 of 34 attempts for 406 yards and four touchdowns. And it was the Mizzou defense that stepped up big, coming up with a late goal-line stand when the game was on the line.

The last time LSU was 1-2 was 1994, the final year of Curley Hallman’s tenure as coach.

And while this one was up for grabs to the final gun, even LSU Coach Ed Orgeron had an idea his Tigers were in for a tussle with Mizzou. Just listen to what he had to say at halftime: 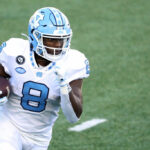 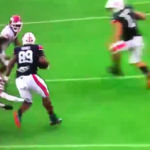